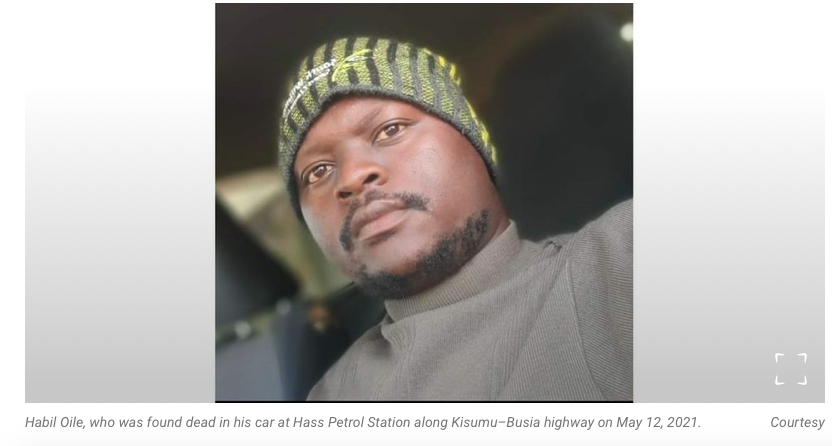 Police in Kisumu County have launched investigations into the death of the son of former mayor Lawrence Akinyi Oile.

Habil Oile, 33, was found dead in his Toyota Vitz on Wednesday, at Hass Petrol Station along Kisumu–Busia highway.

Police reports say that when he checked, he found a man lying across the two front seats, and that there was no response when he knocked on the window.

Upon being notified of the discovery, Mr Anampiu said police visited the scene and broke into the car but found that the man was dead.

Officers from the Special Operations Command collected an empty insecticide bottle from the car for use in the probe.

The body of the father of two was taken to Kisumu General Hospital mortuary for a postmortem.

Habil’s elder brother Eddie Oile said, however, that the family does not want a postmortem conducted, for reasons including cost implications as there are funeral expenses to take care of.

“Our brother could have committed suicide as an empty insecticide container was found in the car,” he added.

Under such circumstances, the State pays for the postmortem but the family can hire a pathologist to accompany the government pathologist.

Maseno Directorate of Criminal Investigation Officers had not conducted the postmortem by press time.

Kang’ata: BBI ruling has vindicated me