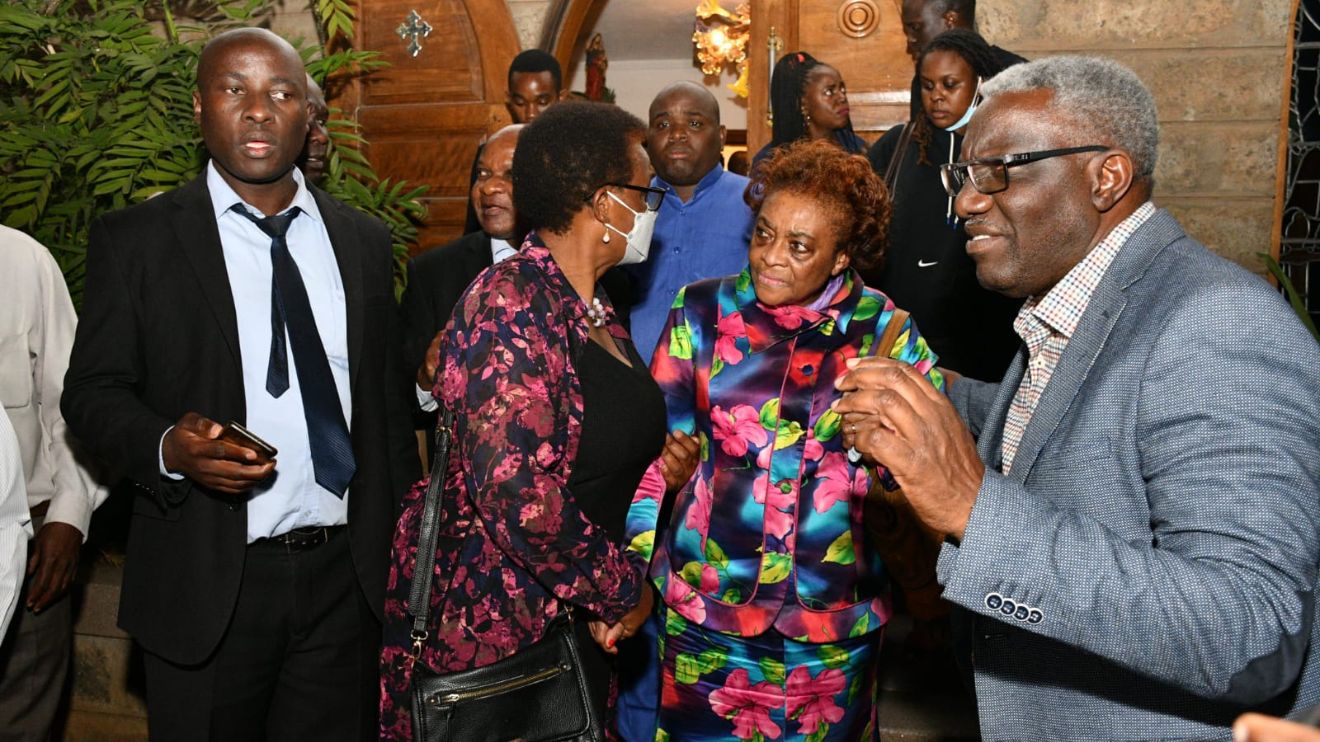 The late Education CS George Magoha somewhat knew his time to leave this world had come hours before he collapsed and died.

According to the family, the former CS had a premonition about his death, and he even asked his wife, Barbara Odudu Magoha, to call his only son Michael and daughter-in-law so that he could have a word with them.

His colleague Walter Mwanda told the media at Lee Funeral Home where Magoha’s remains were taken after his death on Tuesday that he had a premonition he was going to die.

“He had a premonition and told his wife, I suppose, that his time had come and he was happy everything was done,” he said.

Dr Walter Mwanda, who was so close to Prof Magoha and who was allowed to speak to the media said that he had collapsed a number of times on Tuesday but the son could save him.

“There is also information the former CS issued to his wife which should be shared to the public and this will be communicated later,” he said.

Prof Magoha had even told his wife that he was dying, but he would die as a happy and fulfilled man because he achieved all he wanted at 71.

He revealed that the CS had been extremely busy over the past few days following his engagement in the preparation of his late brother Alex’s burial.

Mwanda said the body of the younger brother was coincidentally supposed to arrive in Kenya from the US on Tuesday.

“May I say that for the first time he didn’t reply to my call on Saturday but then later on I called him using another number and we discussed the way forward with regards to his brother’s death.”

Mwanda said Magoha collapsed at least four times before he was pronounced dead at the Nairobi Hospital where he was rushed.