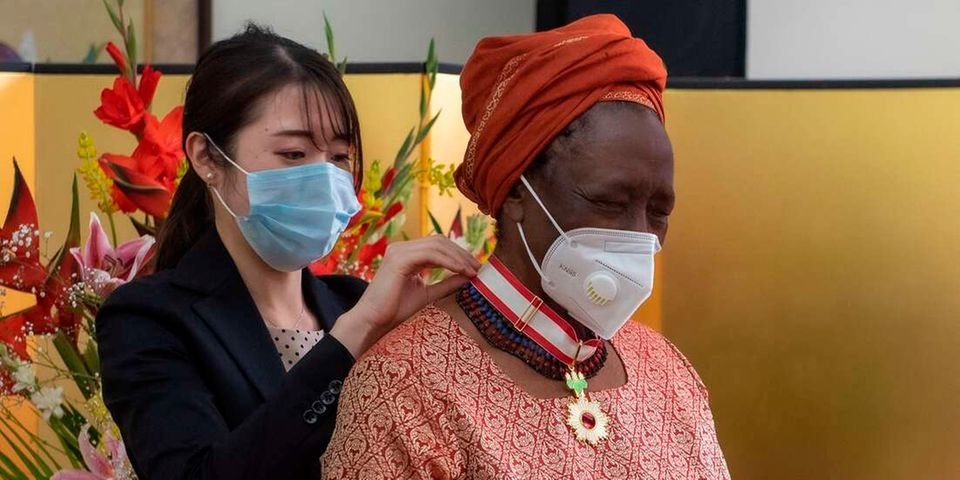 Prof Miriam Khamadi Were is kind. Kind in speech, kind in her choice of words, and kind even in the non-verbal cues that can in a way be felt over the phone call.

She has been nominated for the Nobel Peace Prize in Africa and the Church by the Quaker Group of the United Kingdom and the United States.

After earning a first-of-its-kind Nobel Peace Prize in 1947, the Quaker Group was given the mandate to suggest eligible individuals for the prestigious annual prize.

Her selection was based on “her tireless work of over 50 years in promoting trust between governments, health authorities and the people they serve.”

On Tuesday, Prof. Were will celebrate her 82nd birthday. This octogenarian, who today has innumerable distinctions and many firsts, became a blessing to her parents and the world on April 12, 1940.

Prof. Were has always been quick-witted. She went to the elite Butere Girls’ high School.

Prof Were was an all-round student in Butere Girls who volunteered whenever the occasion came up. She went to the locals to provide outreach services such as jigger removal and wound treatment.

She maintained doing that for a long until missionaries from her denomination, the Friends Church, noticed.

She graduated from high school with a Division 1 diploma (equivalent to an A grade). Friends Church missionaries had taken notice of her and offered her a scholarship to study at William Penn University in Iowa. She majored in natural sciences, which included chemistry, biology, and physics.

She couldn’t practice her profession right away when she returned to Kenya after four years since the Ministry of Education told her that she needed special teacher training because there weren’t many science teachers in the nation.

She intended to study medicine, but there were no openings at the moment. That’s how she ended up at Makerere University, where she studied education.

She had made up her mind to pursue medicine after a terrible ordeal in a hospital.

Since the subject had just been created at the University of Nairobi, her stars aligned, and she became one of the few in the pioneer class.

Prof. Were is also the author of four novels, and her autobiography is hot in the press.

She has a doctorate and numerous honors (which she cannot recall all), but she is most proud of having influenced change in the line of duty while working in various regions of the world.

Her bravery has garnered her a place in the Maendeleo ya Wanawake affirmative action movement life membership.

Related Topics:NewsNobel Peace Prize 2022Prof Miriam Were
Up Next

Mike Sonko to run for Mombasa Governor, cleared by his party

A Snippet Of Career Event Held At Kisii University.