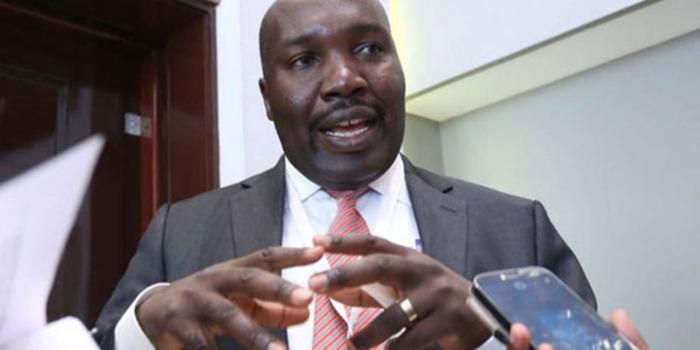 Julius Korir’s estranged wife described in court yesterday how her husband beat her to a pulp three days before giving birth.

Evelyne Koech explained to Milimani Senior Resident Magistrate Caroline Muthoni that Korir attacked her with blows and kicks at their marital home while she was heavily pregnant with her second chi d.

“On the fateful day, I was putting our child to bed when my husband walked into the children’s bedroom and shouted; “Leo utaniona, iko wapi chakula?” And before I answered he started slapping me. I was trying to protect my unborn baby from the blows,” she told court.

She was testifying in the case where Korir is charged with assaulting her on September 17, 2020 in

“I was naked as the accused tore my clothes to pieces while beating me until I screamed for help. I was just holding my tummy in order not to get a miscarriage. He was beating me with a rungu as workers watched helplessly. They had been threatened not to intervene. Blood was all over the floor,” she told the court as the accused listened, betraying no emotions.

Koech drove to Nairobi Hospital where she received treatment after the beatings.

Koech said that every time she went to the hospital for care, records of all the assault cases were retained. She stated, “I received treatment and reported the event at Hardy Police Station.

The accused, who at the time was Devolution PS, allegedly called coworkers and pastors to mediate a truce everytime he assaulted the complainant.

“Whenever the accused assaulted me from 2015, he used to call colleagues and pastors to talk to me and settle the matter,” Koech added.

READ ALSO  I spent Sh7 million to transform my teeth and boobs - Vera Sidika
Related Topics:Evelyne KoechJulius KorirNews
Up Next