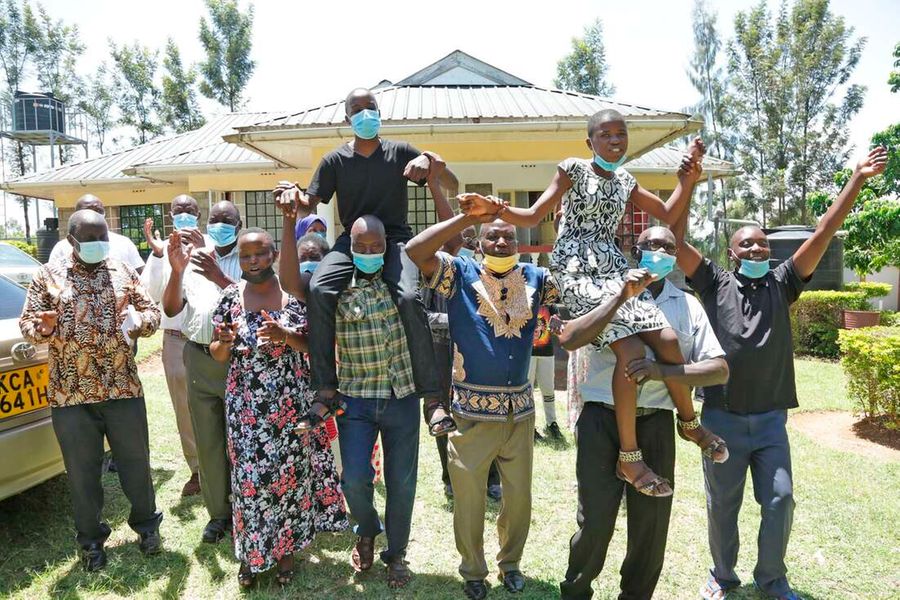 The government has denied engaging in manipulation of KCPE results in favour of public primary schools, even as owners of private academies raised questions over the sudden dip in performance of their institutions.

Private schools have for decades produced the bulk of top students in national exams, but public institutions turned the tables on them in last year’s Kenya Certificate of Primary Education (KCPE).

The Early Learning and Basic Education principal secretary, Dr Julius Jwan, in an interview yesterday, however, denied accusations that moderation of the results was done to favour public school candidates, dismissing the claims as a myth.

“Why would we do it this time? What would we want to achieve? These are all Kenyan children and they did quite well. Let’s not do business and play politics with the future of young people,” he told the Nation, adding that standardisation cannot be done for selected schools only but for the entire examination.

Dr Jwan said that the effect of the Covid-19 pandemic might have affected the performance of private schools since many of them faced financial difficulties and hence released their teachers while others were on half pay.

“When we reopened for Standard Eight and Grade Four, they brought in only a few teachers for those classes whereas all teachers came back in public schools. This gave a lot of support to the candidates. This could have been a factor,” he said.

Kenyan private schools ordinarily charge parents a premium based on the strength of their superior exam performance, as well as their better infrastructure and facilities compared to public learning institutions.

The shift in performance, albeit for one year, puts the private academies at a disadvantage, as it takes away a key bargaining chip that they have used over the years to stay in business. This is notable more so given that private schools continued engaging students in online classes for most of last year when learning was disrupted by the Covid-19 pandemic.

“I can’t tell what happened. How do I explain how a learner who has never scored below 440 ended up getting 402? There’s something fishy that was done during marking. We need answers… People will then be satisfied and move on,” Mr Patrick Nyaga, the director of Elite Heritage Schools in Chokaa, Nairobi, captured the disappointment of many teachers in private schools.

The head of Kitengela International School, John Wanyonyi, told the Nation that they had projected about 10 of their candidates would score above 430 marks, based on how they were performing before the examinations. The top two candidates at the school, Timothy Konya Abwao and Mercy Mwende Kioko, tied at 422 marks.

“We are heartbroken. Our top candidates never even celebrated as they would have liked to,” he said.

In the 2019 examinations, Sean Michael Ndungu from the school scored 439 marks, just one behind the top candidate nationally. Mr Wanyonyi said only the scores of the top candidates appear to have been affected, with the rest remaining relatively the same.

READ ALSO  How my illiterate grandma taught me letter-writing

“Many parents do not know how to face their shell-shocked children to explain the poor results. In all fairness, everybody knows that (many) private schools are well-endowed with learning resources. It goes without saying that because of this, learning in private schools should return favourable results,” a parent said in a parents’ WhatsApp group.

Parents are now worried that the performance will jeopardise chances of their children securing places in coveted national schools.

They are unhappy because during the nine-month-break forced by the Covid-19 pandemic, many had invested in electronic gadgets and data bundles to facilitate virtual learning while others hired private tutors for their children.

“The performance of our top candidates dropped, the rest were not affected,” Mr Nyaga said.

Over the years, private schools have topped the lists of best performing schools and their candidates have dominated the top positions. However, this year, only five of them made it to the hallowed list of top 15.

For example, Ruaraka Academy, which has often produced top performers, was missing in the list. The school was position 1 in Nairobi County in 2017 with its best candidate scoring 439 marks. In 2018, the top candidate had 430 marks followed by another with 428 marks while two others tied at 427 marks. Thirty-four candidates had over 400 marks and 46 of them had between 350 and 399 marks.

However, this year, the top candidate at the school, Ngugi Gemm Wega Wairimu, had 416 marks. Thirty-one candidates scored above 400 marks and the class, which had 113 candidates, attained a mean score of 377.36.

READ ALSO  Excitement in K'Ogelo ahead of Obama's visit