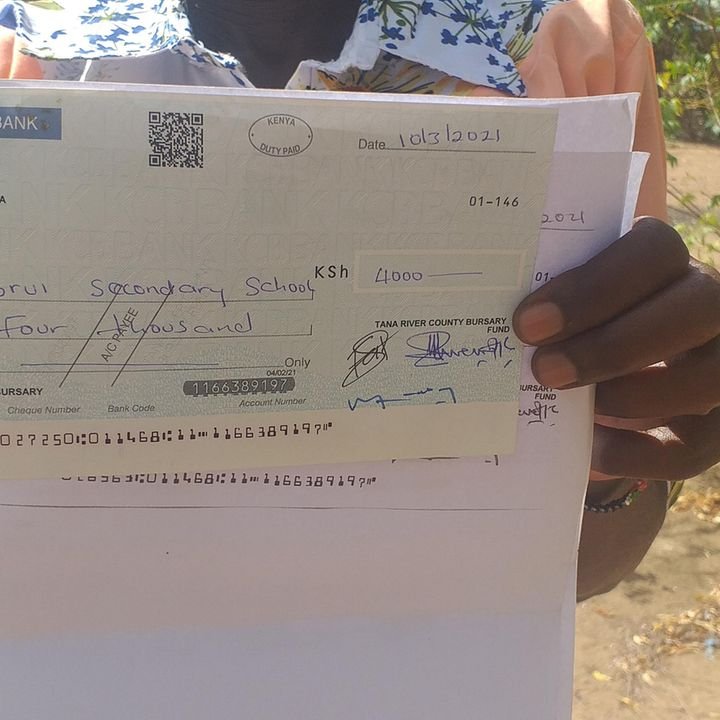 When Wilson Jilo was called to the Mambrui Secondary School principal’s office to explain a bounced cheque, he did not know what to say, he was just a messenger and knew very little about the cheque.

Months later, he still struggles to shake off the notoriety he gained among teachers.

“My father gave me a cheque to take to school, that’s all I know. How that amounted to fraud is something I have not understood,” he says.

The Form Three student was sent home with a letter summoning his parents to school.

That included serving a week’s suspension for what the school called gross misconduct.

His arrival at home did not amuse his father, who almost beat him up had he not explained things to his mother beforehand.

“The letter did not explain much, so my father thought I had been suspended for being a truant, just two weeks after he had dispatched me back to school,” he says.

His father was equally shocked that the cheque he had received from the county government had been declared null and void.

Nevertheless, he went to the school, explained himself and was advised to follow up on the issue with the county administration.

“I brought back the complaint to the county administration, but nobody was ready to listen to me, until I approached the local civil society group,” said Mzee Ambulrahim Mohhamed.

The activists made the issue public through local radio stations, a conversation that brought forth more victims of the fraud cooked up in the county’s department of education.

It was then that the department started paying attention to the emerging issues and called on parents to surrender the bounced cheques in exchange for fresh ones.

But the civil society group protested, claiming it was a plot to take away evidence of fraud perpetrated by the officers.

They insisted on taking legal action against the county government.

“We could not allow that. We had doubts about the funds from the onset. There were ghost beneficiaries of these funds,” says James Rashid, secretary-general the Tana River Citizens Association.

In FY 2019/2020, in the wake of the Covid-19 pandemic, he said, the county bursary board had Sh40 million left in its accounts, since students were at home on a long holiday and there were no beneficiaries.

The money was not carried forward to FY 2020/2021 as required by law, and the board could not explain its whereabouts.

In their control, Sh26 million of the money had been embezzled.

But the move has not been welcomed by lobbyists, who want the Finance executive to investigate the entire board and the education department.

The activists say that a senior officer in the department of education is directly involved in the fraudulent scheme and will continue to influence the board.

The activists also want the finance department to audit the bursary funds in respective wards as the ward bosses have not been publishing the names of beneficiaries, suggesting something sinister.

They want each of the five signatories on the board to be held accountable, and each member investigated independently.

“The education committee must give us a satisfactory report, with everything in detail,” Mr Rashid said.

They have threatened to move to court if the county assembly’s education committee plays partisan politics with the matter.

Education Executive Abbas Kunyo did not respond to Nation.Africa’s queries about the matter and the issues raised.

Meanwhile, the puzzle of the lost millions and the bounced cheques continues to stir debate in the county, with parents now demanding transparency in the department.