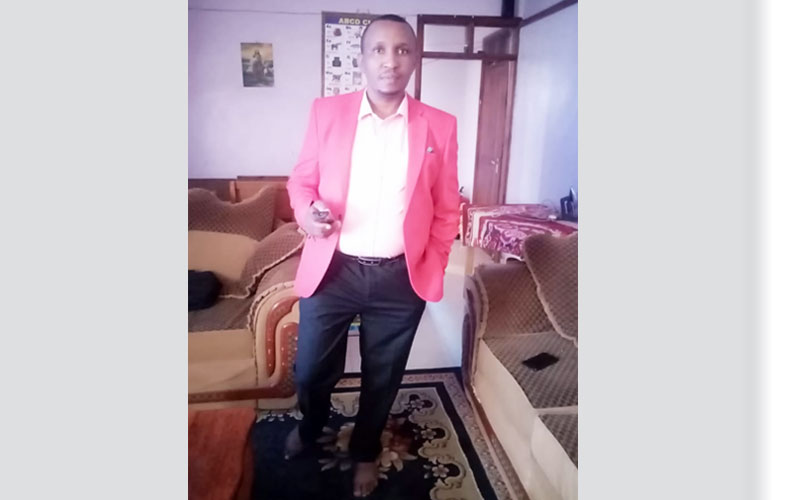 Gangsters have abducted four people in broad daylight in Nyeri and Nyandarua counties in less than one week, sending shock waves in the Mt Kenya region as police remain clueless on the identity of the thugs behind the spate of crimes.

Three more people were abducted in Nyeri yesterday, deepening the mystery into the unresolved kidnapping of businessman Gerald Guandaru on Tuesday.

Mr Guandaru was reportedly captured and forced into a station wagon vehicle in Nyeri Town, and has not communicated with anyone since then.

Two other men were Thursday abducted at Kanyagia area on the Nyeri–Nyahururu highway, in a manner that eyewitnesses said was similar to Mr Guandaru’s kidnapping.

According to police reports, the two men identified as Samuel Ngacha and Bernard Wanjohi were abducted by unknown men on Wednesday afternoon.

“A report of a hijacking was made yesterday near Kieni Dairy. Two men were taken and investigations have started,” Kieni West police boss Ahmed Ali told the Nation.

The Nation has learnt that, at the time of the daring abduction, the two men were in a group of six who were travelling from Ndaragwa, in Nyandarua County, to Naromoru, in Nyeri County.

They had travelled to Ndaragwa to follow up on an alleged abduction of a relative, who is said to have been hijacked in a similar fashion last weekend. The victim, who has been identified as Isaac Mwangi, was reportedly intercepted on Sunday as he was driving towards Nyahururu from Naromoru. He was abducted at Kianugu on the Nyeri-Nyahururu highway. His whereabouts remain unknown.

Police and witness accounts state that three vehicles, all station wagons, were used in the daring kidnappings. One of the vehicles has been identified as a Subaru Forester registration KCU 544 H. The exact number of the kidnappers is yet to be established. The six, who were travelling in one vehicle, were intercepted at the Solio junction by the three vehicles whose registration details were not captured.

“One blocked them from the front and another parked on the opposite side of the road. The third vehicle blocked the car near the driver’s door and some men jumped out,” a witness told the Nation.

A brief scuffle ensued and Mr Ngacha and Bernard were singled out from the group and bundled into two of the vehicles before they sped off. The matter was reported at Mweiga Police Station before being referred to Kiawara Sub-county headquarters. The case has since been taken over by the Directorate of Criminal Investigations (DCI).

In a bizarre turn of events, police say that the other four companions who reported the matter to the police have not made a follow up with the detectives.

“They recorded the statement but we have not heard from them since then,” Mr Ali said.

At the same time, police say they do not know the exact location of the four crucial witnesses, who have since gone silent and switched off their mobile phones.

The Nation obtained the phone numbers of two of the witnesses but their mobiles remain switched off.

Even though the four abductions occurred in different locations, the DCI is said to be analysing links in the cases considering the bizarre similarity in their execution.

The whereabouts of Mr Guandaru remained unknown as at yesterday, and the police were yet to release any details of the ongoing investigations.

His relatives held several meetings in Nyeri Town, seemingly over the matter. They declined further interviews by the media.

Even though the motive behind Mr Guandaru’s abduction remains unknown, details of a past similar abduction and links to illegal trade in game trophies have emerged.

He had, in 2017, been arrested and charged with illegal possession of elephant horns and a firearm. He was charged alongside a man identified as Gicobi Mwai. They were acquitted in 2020, with the trial magistrate citing contradictory and unsatisfactory evidence from the Kenya Wildlife Service (KWS). The abductions also comes amid an outcry over rising cases of enforced disappearances.

“Security agencies are behaving worse than a banana republic. Every life counts and DCI (George) Kinoti should not allow this to happen. Whether it was the DCI or KWS who were involved they should act in accordance with the law,” politician John Mututho, who is also a relative of the Guandaru family, said yesterday in Nyeri.