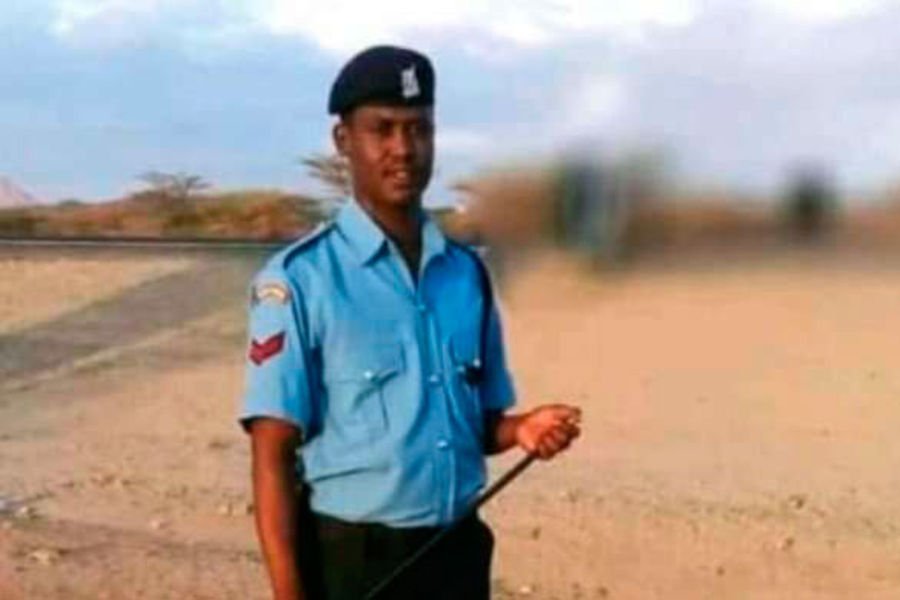 After driving for more than 267 kilometres from his Isiolo home to Thika, on his way to Nairobi, there was nothing to suggest “Sergeant” Osman Ahmed Omar Godana and his four passengers would not reach their destination together.

In a matter of seconds, four men had got off the station wagon that had blocked their path. Two came round and trained the muzzles of their guns on the occupants of Mr Godana’s car through the windows.

Mr Todi, a friend of Mr Godana, who was in the front passenger seat, reached underneath for his shoes, which he had kicked off somewhere along the way.

Hauled out of car

The man pointing a gun at him through the window, perhaps suspecting Mr Todi was reaching for a weapon, shouted at him to stay still. The other men opened the driver’s door and hauled Mr Godana out of the car.

“We have the man we wanted, you can now proceed with your journey,” one of the men who had pulled Mr Godana out of the car announced.

The 9pm Monday incident happened so fast that the only thing Mr Todi, his sister-in-law and a woman who was carrying baby noticed was that the four men “wore bulletproof vests”.

After the armed men had pulled Mr Godana out of the car, Mr Todi stepped out and asked the men where they were taking his friend.

They asked him to identify himself and ordered him back to the vehicle.

“I stood at the door and one of the armed men came and banged it, forcing me back in,” Mr Todi said.

The “sergeant’s” father, Mr Omar Godana Dida, was immediately informed of the incident and travelled early Tuesday morning from Isiolo to Thika.

Almost three days later, Mr Dida is yet to receive any information on the whereabouts of his son, who has a wife and one child.

“This is terrible. The police say they have not made any progress and they do not know where my son is. We believe those who took him are police officers. Who in this country can have access to bulletproof vests and move around with such confidence? Only the police,” he said.

Interestingly, both Mr Dida and Mr Todi do not know the exact police station where Mr Omar was working at before his abduction.

His father only knows that he previously worked at Laissamis Police Station in Marsabit County and that he was recently transferred to another police station that he did not seem to know.

Mr Todi on the other hand said his friend had told him on several occasions that he worked in Karen, but he constantly saw Mr Godana in Isiolo.

Nairobi County police boss also told the Nation that they could not tell the station where Mr Godana worked.

Mr Godana’s abduction came barely a week after Muslim scholar Abdiwahab Sheikh Abdisamad was abducted on Turbman road by four armed men and bundled into an awaiting Toyota double-cabin vehicle. Dr Abdisamad has not been seen since.

No public statement has been made by the police regarding the progress of the case with the Directorate of Criminal Investigations only saying they were investigating the matter.

In June, Daniel Gucoma, 36, was killed by three gunmen who pumped 24 bullets into their target, leaving him slumped on the dashboard.

The killers, who were riding on a motorcycle, had a getaway car that had been trailing the killers and their target, waiting for the assassination to be done with to ferry the killers out of the scene.

The victim’s wife, Susan Wangari, could have been caught up in the shooting were it not for heavy traffic on Thika Road and a vehicular mishap at Kamakis near Ruiru town.

Ms Wangari had taken a matatu in Nairobi’s CBD hoping to catch up with her husband who was waiting for her at the intersection of Thika superhighway and the Eastern-Northern bypass at Kamakis near Ruiru, Kiambu County.

The mother of three had received a call at 2.29pm from her husband, who was asking her to carry some documents that he intended to use to close a car deal in Thika.

She was to pass on the documents to her husband, who would then drop her at their Juja home before proceeding to Thika town, where he was to close a car deal.

However, there was heavy traffic on the superhighway and the matatu took too long to get to Ruiru. Fearing that he might miss out on the car deal, Ms Wangari’s husband decided not to wait for her.

Besides the traffic snarl-up, barely a kilometre from where her husband had been waiting for her, the matatu Ms Wangari was travelling in developed mechanical problems and she and the other passengers had to be ‘sold’ to another matatu.

READ ALSO  Dr Mercy Mwangangi: Before you saw us on TV, a lot went on in the background

As fate would have it, the matatu broke down at the exact same spot where her husband had been waiting for her.

Her husband’s last call had come at 2.56 pm. It was the last call she would receive from her husband.

Then the shattering news came.

“As we were being transferred to another public service vehicle a few minutes past 3pm, I got a call from my friend, informing me that my husband had been involved in an accident at Gwa Kairu area near Spur Mall. I boarded another vehicle to the scene, only to find he had been moved to Thika Level Five Hospital, where he was pronounced dead on arrival,” she recalled at the time.

In June 2018, a lone male motorist was killed when his car was sprayed with dozens of bullets near the Vincentian Retreat Centre along the Thika superhighway.

The man was shot inside his Mercedes Benz C200 by unknown assailants who then sped off towards Nairobi.

And in January 2016, Fredrick James Muchina Kariuki was shot at six times while driving out of Ruiru town towards the Eastern bypass at night.

Muchina was shot dead at close range by assailants who rode in a private car in Ruiru town as he drove towards Nairobi, reportedly from Nyeri.

The murders are yet to be resolved.