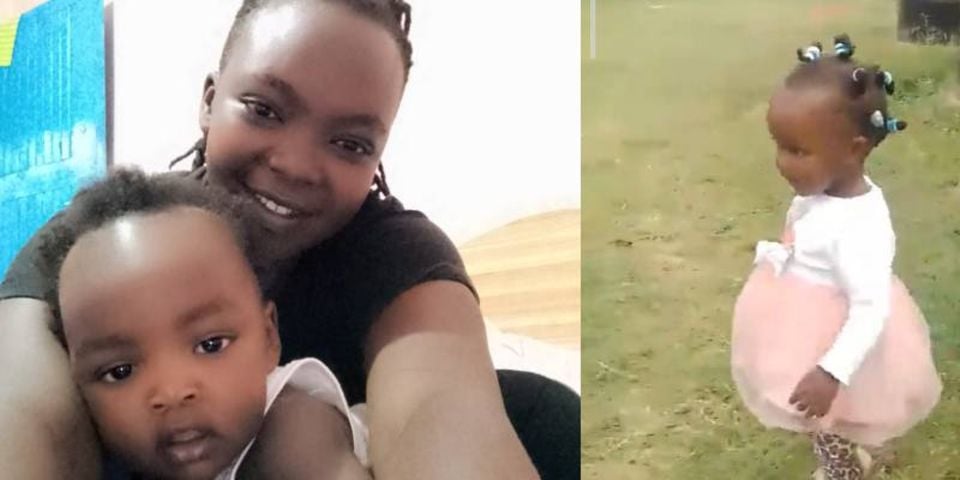 A family in Nandi County has appealed for the public’s assistance in finding a woman and her daughter who vanished last month.

On October 24, Ms. Ezzy Langat, 32, took her 1-and-a-half-year-old daughter and left her job in Oyugis, Homa Bay County to drive to Kisii to meet her baby’s father.

Her family didn’t hear from her again after that.

The grieving family only knows the man as Eric, Ms. Langat’s boyfriend. That is the place where the two allegedly spent the night.

Ms. Dorine Langat, the missing woman’s older and only sister, claims that Eric is a cab driver in Kisii town.

“When we could not reach her, we called Eric’s mother and she confirmed to us that they had spent the night at her place. She then told us that the son had accompanied them to Kisii town the following morning to board a vehicle back to Oyugis, but since then, we have not heard about them,” Ms Langat told the Nation on phone.

The family reported at Oyugis Police Station after becoming even more concerned after Ezzy’s social media accounts were erased.

Initially, according to Ms. Langat, authorities were able to locate Eric’s phone number in Kisii’s Nubia neighborhood close to Nyanchwa Estate, but the phone has since been turned off.

“We do not know what we can do and we pray to God that we find them. We make an appeal to anyone who might have seen them to kindly report to any police station,” Ms Langat added.