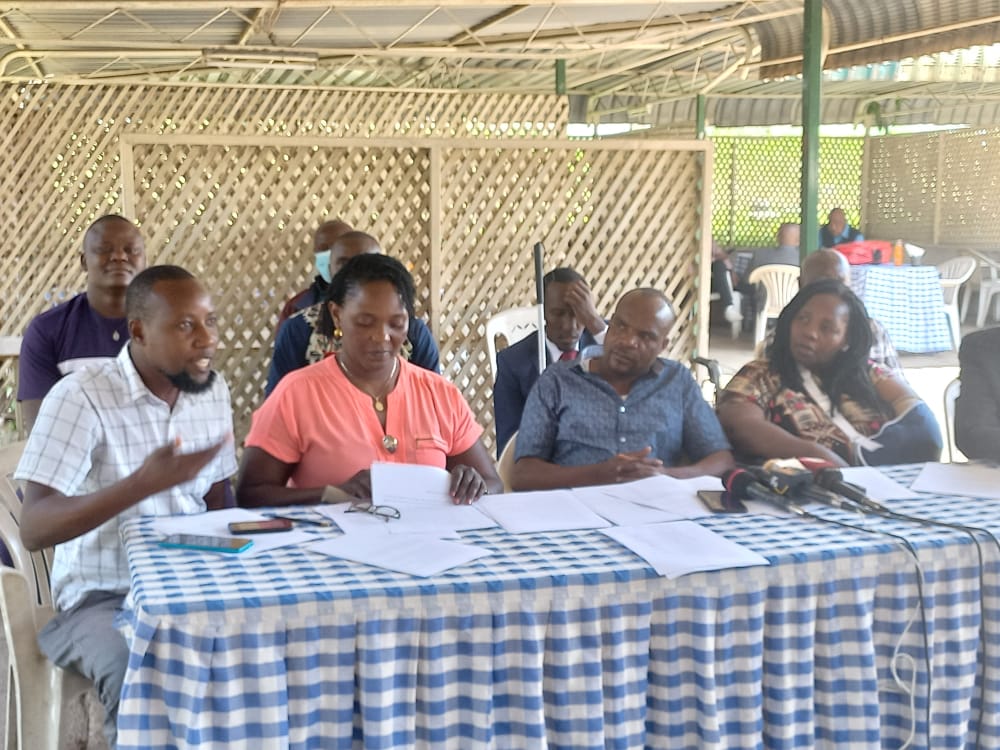 People Living with Disabilities have come in solidarity demanding for inclusivity in the Azimio La Umoja One Kenya Coalition as the August 9 general elections near.

They called for fair and equitable opportunities for persons living with disability in the coalition headed by the former prime minister Raila Odinga.

Led by Churu Manyeki who is contesting for Starehe Constituency MP and chairperson Peter Sengei Akhonya they urged the government to avail employment opportunities in line with the affirmative action program such as a 5% employment of PWDs on toll stations.

“Dismantle the cartel that is currently frustrating the Walemavu na Azimio leadership. Our leaders have been frustrated by the said cartel weakening the wing. We demand that the leaders recognized are those elected by the wing and not proxies of politicians,” said Churu Manyeki.

Dr. Mercy Onsando who is contesting for Mihang’o Ward representative asked Azimio La Umoja government to prioritize the persons living with disability in jobs such as cabinet and principal secretaries.

They said that the Azimio La Walemavu will be the fourth leg in the coalition they believe will form government.

At the same time they castigated nominated Senator for Persons Living with Disability Isaak Mwaura and his national Assembly counterpart Ole Sankok for representing their own interest in the assemblies pocketing over Kes. 5 million from the national council of persons with disability plus their salaries while the subject they represent left unattended to.

“We are condemning the selfish acts of Senator Mwaura and Sankok, like today they have ferried the disabled to UDA headquarters for them to participate in their ongoing nominations only to pay them 50 shillings. Those are blood suckers who jump from one party to another in order to get free nominations in order to eat the shares of their subjects,” they said in agony.