Pyramid schemes: I lost my brother and Sh31m 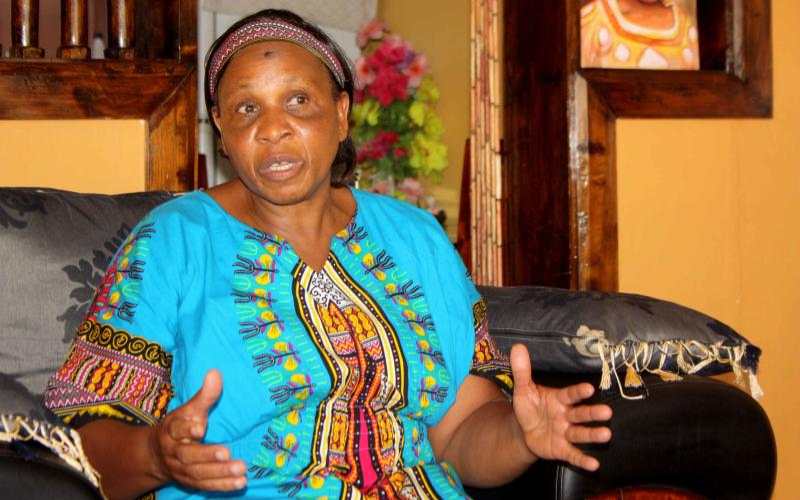 This was not what the veteran banker had signed up for. How could he, a veteran with 22 years’ experience, be duped into surrendering all his savings and board a train that would take him to hell?

From the pedestal created for him at his lofty perch at Kenya’s financial capital, Nairobi, 47-year-old Elphas Kimwiyi Mwelesa had been granted the powers to receive deposits and mint millions from those who were brave enough to risk.

However, within three months of his elevation Kimwiyi would hurtle down to his death from the eighth floor of Union Towers building, causing a public spectacle and triggering panic that would constrict the hearts of 94,000 people.

The ripples would also be felt in Tanzania where thousands of investors would be reduced to paupers when their money went up in smoke.

When Kimwiyi signed up with Development Entrepreneurship Community Initiative (Deci), a vehicle created to eradicate poverty, and surrendered Sh7.8 million, which was part of his retirement package, to his new employer, he was full of hope.

He had, however, not anticipated that 90 days later he would end up as an unpleasant pile messing up part of Moi Avenue on the chilly morning of May 11, 2007.

In the obscurity of his after-life, Kimwiyi was robbed of his dignity, his money and his death dismissed as another statistic of a victim who had been defrauded in a get-rich pyramid scheme.

Fifteen years after he plunged to his death, questions still linger about what exactly happened on that fateful morning.

Who tossed Kimwiyi out of his window and why? These and many more questions still bother his elder sister Jane Musimbi, who had unwittingly wandered to the scene moments after her brother’s macabre death and is still haunted by this experience.

To understand the mystery surrounding Kimwiyi’s death, one must look back at what was the 2006-2007 investment craze and the role played by George Odinga Donde and his pyramid scheme, Deci.

This is the man who convinced over 94,000 Kenyans and an additional 700,000 Tanzanians (according to Wikileaks) to give him their savings so that he could rescue them from poverty.

Donde had formed Deci sometimes in 2005 and convinced his followers that if they gave him their money he would multiply it and pay an interest of at least 10 per cent monthly.

Then the depositor would get back the principal he had invested at the end of the contract. And while the wave lasted he collected about Sh3.4 billion in Kenya and Tanzania.

Three months before he died, Kimwiyi, who had taken an early retirement from his bank, had approached Donde for a job. He knew him from their interactions at the bank in his days as a banker.

Donde was more than willing to employ Kimwiyi as a finance manager and deployed him at the nerve centre of his operations at Union Towers.

After studying the business model of his new employer, Kimwiyi was at first convinced that he too could make some money.

“At first I was not impressed by the promises that Deci and the other pyramid schemes could multiply my money.  However, when Elphas told me that depositors were indeed being paid their monthly interests, I bought into the idea,” Musimbi says.

“I deposited Sh31 million with Deci. This money included Sh7.8 million Elphas had given me. And then I sat pretty waiting for the investment to mature.”

A week before Kimwiyi died, a kangaroo court was held at a coffee shop along Koinange Street in Nairobi. A group of women, who included one claiming to be a pastor’s wife, had assembled at the place to prosecute Kimwiyi, accusing him of sexual harassment.

Musimbi recollects that a director of Deci was the chief prosecutor. The charges were that Kimwiyi had inappropriately touched the breasts of the pastor’s wife in his office.

Musimbi says she and Kimwiyi’s wife, Dolly, had been called and could not believe the sham charges conducted outside the office and official working hours.

Despite Kimwiyi’s protests that the woman had squeezed herself between two desks, creating contact between her body and his, the charges were ‘confirmed’.

“The director said that Elphas had to apologise. We were outraged because the accusations had no basis. Looking back, it was as if they were trying to humiliate my brother and portray him as a sex pest,” Musimbi says.

The charges are nothing compared to what would befall him a week later. On the fateful day, Musimbi had gone to town and on reaching Moi Avenue she saw a huge crowd outside Union Towers.

“I found myself almost in the middle of the crowd and inquired from an onlooker what had happened. She pointed at a tiny widow and told me that somebody had jumped out from that point,” she recalls.

Musimbi remembers grilling the onlooker why somebody would take such a drastic step, even if they were facing difficulties. She then drifted out of the crowd to attend to her chores.

Her world was shattered a few minutes later by a chilling call from Dolly who was crying that somebody had told her that her husband had fallen out of his office and into the streets.

Walking from Mama Ngina Street through the rain, blinded by her tears, numbed by shock and indescribable pain, Musimbi screamed her way back to Union Towers, determined to find out the truth.

“At the time, the entrance to Union Towers was blocked. The guards and the police told me that I could not enter. I screamed and wailed, demanding to know where they had taken my brother but all they told me was that they had taken him to hospital.”

Musimbi recalls going to Kenyatta National Hospital, assisted by friends, where she was however turned back by medics who said they had not received such a patient.

After a whirl of tears and endless trips to hospitals, dusk ultimately found Musimbi at City Mortuary where her worst fears were confirmed. She found her younger brother on the slab, as if he was in a deep slumber.

A police report dated May 14, 2007 indicated that Kimwiyi’s body had been collected at Union Towers on May 11, 2007, at 11am and he was alleged to have been “pushed to the ground by a mob of people at Union Towers along Moi Avenue”.

The pathologist found that the body had lacerations on the scalp at the occipital region, concluding: “As a result of my examination I formed the opinion that the cause of death was head, chest and abdominal injury consistent with fall from a height. The body had raptured liver and had subdural haemorrhage in the nervous system.”

Musimbi, who had assisted the pathologist in identifying Kimwiyi’s remains and had visited the scene where the body was recovered, recalls there was no blood.

According to the distraught sister, it was as if his body had been carefully washed, oiled and drained of all blood. At the scene there were no splatters of blood. This was very strange. Witnesses could not remember hearing any screams. She later learnt some guards at Union Towers had loaded his body onto a taxi where his jacket was later recovered.

Deci told the family that Kimwiyi had been confronted by some angry depositors who were frustrated when they failed to get their money.

“If this is true, how come none of his colleagues came to rescue him? Why were the murderers never arrested?” poses Musimbi.

According to Kimwiyi’s family, no meaningful investigations ever took place. When Musimbi persisted, regularly visiting Central Police Station to follow up the case, a police commander told her that she would “go nowhere as everybody had been bought by Deci”. She was told to forget the issue for her own security.

“To the best of my knowledge, no witness statements were recorded or investigations done. Elphas’s briefcase, which he normally carried to his workplace also disappeared. He was never paid his deposits. All they gave was Sh250,000 for his burial,” says Musimbi.

Meanwhile, Deci, in a public statement dated May 16, 2007, signed by an amorphous “management”, told the public that following the tragedy, which was now under investigation, the operations department was to be closed for four weeks. The offices were never reopened.

“We take this early opportunity to send our heartfelt condolences to the children, family, relatives of the late Elphas Mwelesa who until his death was a senior member of staff. We urge them to face his untimely death with courage through faith,” read the statement.

Quoting the book of Job 1:21, Deci wrote: “Naked I came from my mother’s womb, and naked I will depart. The Lord gave and the lord has taken.”

Musimbi believes her brother’s death was planned by some dark forces who later influenced the course of investigations even as the employer cut all ties with the family.

Though the pyramid scheme had weaved a veil to conceal most of its secrets, including what could have led to Kimwiyi’s death, there are pointers that the finance manager could have stumbled on some of the dark secrets.

There are indications that he was under immense pressure from March 2007, going by a bunch of 37 postdated cheques recovered by his family after his death.

A majority of the cheques, which were supposed to be paid from March, show that the designated depositors were owed huge chunks of money.

According to some of the cheques that were never cashed, a wealth creation company was expecting Sh15 million to be paid on March 23, 2007.

Another cheque of Sh20 million had not been paid on March 23 as per the investor’s agreement with Deci.

Prior to Kimwiyi’s death, Musimbi says her brother had started questioning how Deci was conducting its business. He was particularly perturbed by the way most of the people at Union Towers had their own receipt books and used to collect deposits. He was also unhappy that depositors were not being paid on time as stipulated in their contracts. This explains why at the time of his death he had 37 postdated cheques worth hundreds of millions of shillings, which were never paid to the owners.

Kimwiyi’s life was cut short at the prime age of 47 and his money, like that of 148,000 other Kenyans, lost in a bottomless pit dug by over 300 pyramid schemes.

But Jane still hopes that one day, the authors of her brother’s death will be made to account, either in this world or the next.

I am not a witchdoctor, says Raila Odinga