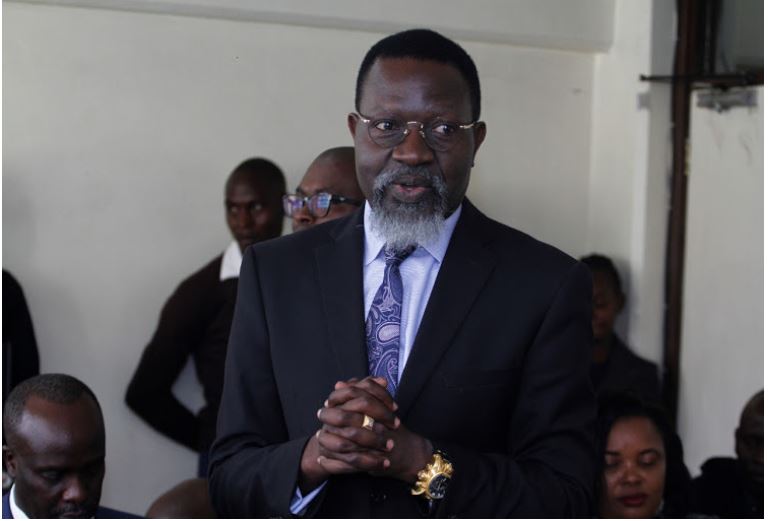 In a letter to the British High Commission, a Kenyan has requested for more information regarding the citizenship of George Wajackoyah, the Roots Party presidential flagbearer.

Peter Gichira requested the commission to investigate and determine Wajackoyah’s citizenship status in the UK  in a letter dated July 4th.

This occurs just a week after the leader of the Roots Party, who has previously run for public office in the United Kingdom, released his manifesto.

“We do write on behalf of our client to get clear clarification and confirmation on whether the above-named candidate is still a registered British citizen, and if so, has he ever renounced such citizenship rights making him eligible for the top seat in the Republic of Kenya,” Gichira, through his lawyer Gachie Mwanza wrote.

Candidates for the presidency or governorship in Kenya are not permitted to hold dual citizenship.

The petitioner contends that if he obtained British citizenship at the time to run for office, he is ineligible to run for president of Kenya.

The Department of Immigration and Citizen Services and the Independent Electoral and Boundaries Commission (IEBC) received copies of the letter as well.

“Your urgent and considerate assistance shall be highly appreciated noting the strict timelines with which the upcoming elections are to be held and the ballot papers ought to be printed in advance,” the lawyer noted.

Wajackoyah has stated in past media appearances that he unsuccessfully tried to run for Member of Parliament in Tottenham, United Kingdom, but was ineligible because he was unmarried.

According to UK law, a person must be a citizen of Great Britain, Ireland, or a Commonwealth nation in order to run for office.

Before the IEBC approved only four, Gichira’s name was listed among the 47 candidates running for president in the elections on August 9. He withdrew from the race following an alleged kidnapping.