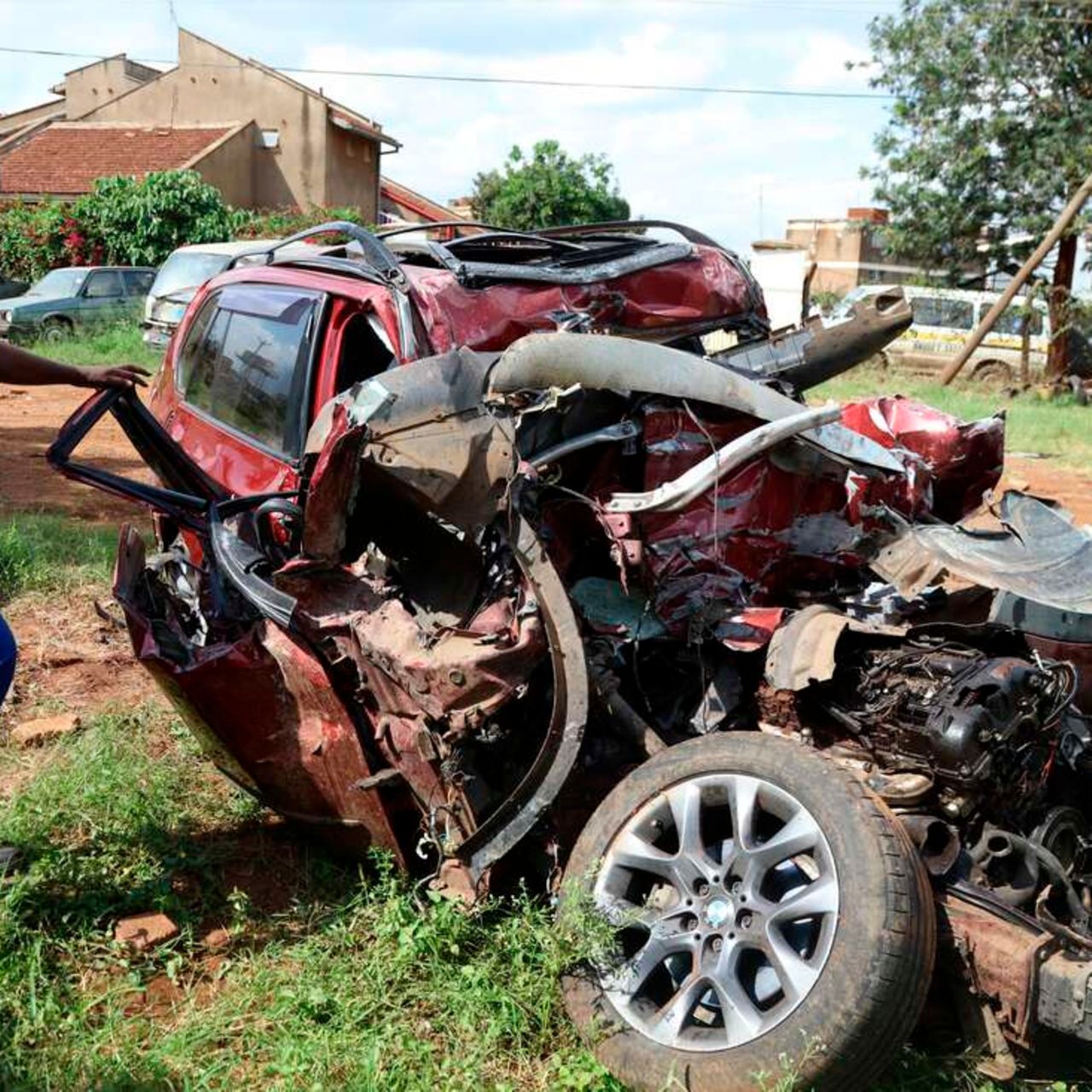 Mr Allan Ngugi, a Program Manager at Trade Mark East Africa (TMEA), like most Kenyan motorists with less than 30 minutes to beat the 10pm curfew, has been concerned about getting home fast and safe, before the law caught up with him.

Except that on Wednesday night he did not make it home. At 9:35 pm, officers at Lang’ata Police Station received a phone call from a good Samaritan, informing them of an accident along the Southern Bypass.

From behind, a sports utility vehicle had rammed into a lorry ferrying goods, the caller said.

Traffic police officers arrived at the scene only to witness the horror accident.

Both the lorry and the German machine, the police say, were mobile and heading toward Kikuyu town, situated some 18 kilometers from Nairobi’s Central Business District (CBD).

The driver of SUV was confirmed to have died on the spot. They towed the vehicles to Lang’ata Police Station, and ferried the body of the deceased to City Mortuary.

“The lorry driver did not realise the impact. He only noticed the lorry had fast lost pace, but because he was carrying goods all seemed normal and he kept accelerating,” said Langata OCPD, Benjamin Mwanthi.

When the Nation visited the police station yesterday, the maroon BMW was packed by the fence. It bore all signs of a machine likely to be written off.

Speaking to various mechanics, who based their arguments on the photos that widely circulated online, they held the opinion that the German machine was irreparably damaged.

Inside the car, at the backseat, was a lunch tin. There was also a damaged baby seat at the back, the clearest indication yet that the deceased left behind a young family.

“Family, friends and relatives were here in the morning,” Mr Mwanthi told the Nation. “They left for the morgue.”

While the police did not confirm the cause of the accident as speeding, the autopsy finding pointed to death resulting from heavy impact. “Highly likely the driver was speeding.”

“The postmortem indicated that all the ribs were broken, and so were the limbs and he over-bled,” a mortuary attendant told the Nation.

From the records at City Mortuary, the deceased was Mr Allan Ndung’u Ngugi.

While close relatives asked for “space to mourn their beloved”, one of them told the Nation that Mr Ngugi, his cousin, worked with Trade Mark East Africa.

And, if the bio on his LinkedIn account is anything to go by, Mr Ngugi was a project management Masters graduate from Birmingham City University, and was a senior programme manager logistics, at TMEA, a position he had held for more than two years.

Ms Carolyne Wanjiku, Allan’s sister, confirmed that the details captured on LinkedIn, which we shared with her on WhatsApp, were her brother’s.

The body was later in the day moved to the Lee Funeral Home.