Rachel Ruto's cycling buddy dies during race in US Rachel Ruto, wife of the president-elect, expressed her sorrow over the passing of one of her cycling companions.

Rachel praised Kangangi for his efforts in transcending the profession and effectively putting Kenyan cyclists on the map in a statement dated Sunday, August 28.

The Vermont Overland race, a competition with more than 7,000 feet of ascent, is designed to test a cyclist’s endurance as they climb the dirt route. The competition can take up to six hours.

” It is with shock that I have received the sad news that Sule Kangangi passed away after a tragic crash in the United States. My heartfelt condolences to his family, and the entire cycling community, that has lost a talented cyclist, a mentor and a friend. We will all miss him as an individual. Kenya has lost a champion. Rest in peace Sule,” she stated.

Along with Jordan Schleck of Uganda and his fellow countrymen Nancy Akinyi and John Kariuki, Kangangi took part in the race. He was representing Team Amani. 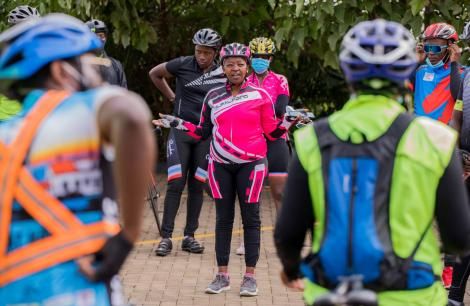 “Vermont Overland is heartbroken by the tragic death of Suleiman ‘Sule’ Kangangi during The Overland yesterday,” Ansel Dickey, owner of Vermont Overland, said in a statement on Sunday.

Kangangi previously admitted to Velo News that he chose to switch from traditional cycling after discovering a fondness for gravel racing.

“I’ve always had a dream of going to the Tour de France. When I started cycling, that was my dream. But now I’m 32, that dream is fading quickly. But I realised, I’m used to these gravel roads, this is part of me. I don’t have to go find them.”

“If I want to go training I just take my gravel bike and I’m already there. It shows, that you can always change your dreams. You start imagining yourself winning. Why not change my dream and go for something realistic for me?” he stated in June 2021.

Rachel Ruto is recognized as “Mama Cycling” for her endeavors that urges Kenyans to use non-motorized transportation in order to cut down on carbon emissions.

The stage is set for this week’s supreme battle