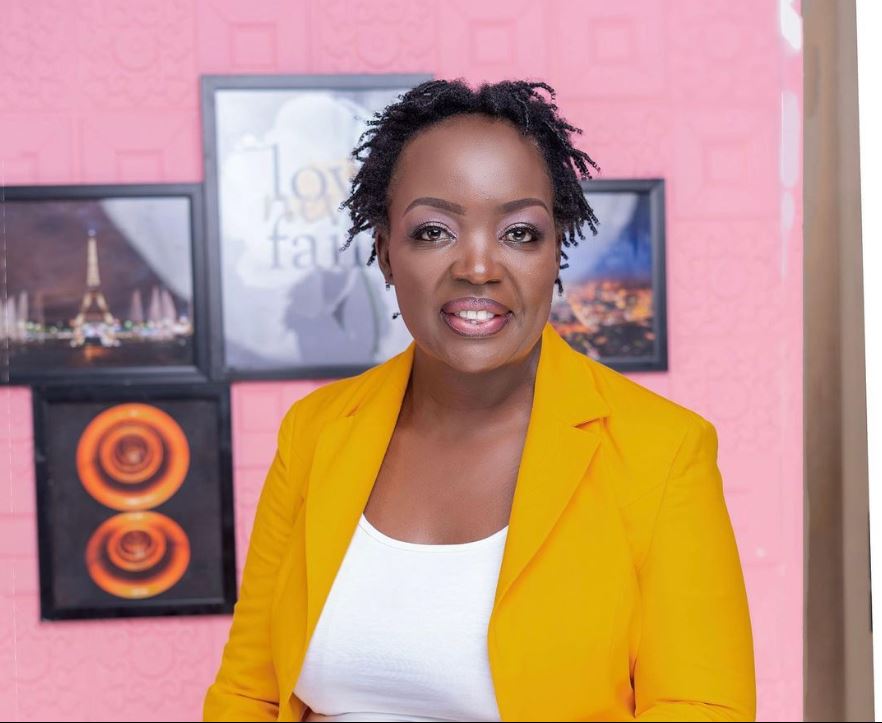 Jeridah Andayi, a renowned media personality has shared how she lost her baby 14 years ago in 2008.

She said:“I lost my second baby when she was two years four months in 2008,” the radio maestro, a mother of four children, says. “If she lived, she would be 16 today. But I still deliberately make her part of the family. As my two daughters know, they are not the eldest of my daughters.”

The radio star said her firstborn son was four years old at the time when his sister died and could not comprehend what was happening.

“I got into RMS in 2004, then got this child in 2006 then she died in 2008. I think the most difficult thing about me losing my child is that I’m not sure whether I did everything to save her life.

“Sometimes I feel like, did I fail my own child? Is there anything else I could have done to keep her alive?”

She says that her children still ask questions about their sister’s death.

She narrates: “It just happened so fast. She was unwell; then we went to the hospital then they say she needs to be admitted. So we put her in an ambulance and rushed to the hospital for her admission.”

“The ambulance had a head on collision with another car that did not give way despite the siren and my child’s head hit the wall of the ambulance and everything stopped.”

However, because the infant was asleep when the accident occurred, she failed to detect the damage.

The driver and the doctor exited the car to assess the extent of the collision before going to the back to check on the mother and her daughter.

Ms Andayi recalls: “I heard the medic tell the driver, ‘We have to go! We have to go! Let him (the other driver of the car that caused the accident) be.”

The medic then took the baby off her hands and administered oxygen to her.

“It happened so fast. By the time we got to the hospital, the child was technically dead. They resuscitated her for like an hour. I tried to get in, but the doctors refused because it was an emergency room, but when I persisted, they let me in.”

The doctors then asked Ms Andayi about the whereabouts of the child’s father, whom she called and he came over fast.

“She talked to us and said ‘your daughter has come back to life but I am sorry she is technically dead’ and her real words were she is a cabbage.”

She didn’t seem to comprehend what the doctor was saying at the moment because reality hadn’t yet set in.

“She (the doctor) said we could take this child to ICU or we can let her go ‘cause even if she comes back to life she is never going to be the same again. She is brain dead.”

The radio host consented to admit her daughter to the intensive care unit for seven days, during which she watched her daughter slowly pass away.

“She didn’t get better, and she kept going down and down. And the pain of sitting with your child every day, holding her hand, touching her, and asking questions. That pain is on another level.”

On the day her daughter stopped breathing, a team of doctors came and talked to her. “Every one of them was giving a report, and they said there was nothing they could do as even the machines were not working,” Ms Andayi recalls.

Miguna- Please do not add me to WhatsApp groups