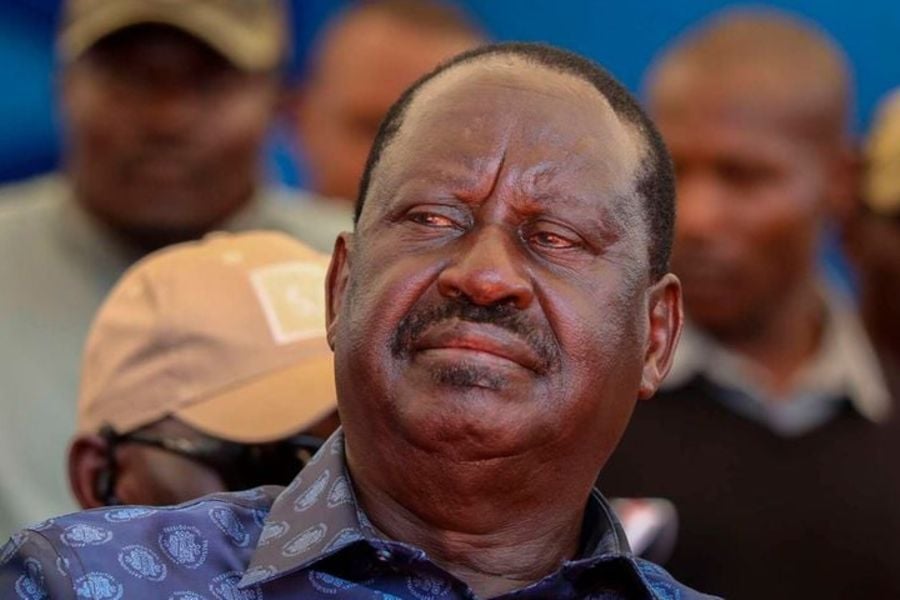 Leader of Azimio la Umoja Raila Odinga has launched a stinging attack on the Church for what he called its unwillingness to take forceful action against social injustices.

Mr. Odinga claimed that the church had failed to speak out against injustices while he was speaking to the audience at Bondo’s Nyamira Anglican Church in Kang’o Kajaramogi.

“The church should be the conscience of society. The church should act firmly against injustices. Am not giving blanket criticism against the church, but we have seen for example church leaders associating themselves with injustices of our country,” said Mr Odinga.

In a review of the presidential election results from August 9, Mr. Odinga claimed that what was seen in Bomas on August 15 when the Independent Electoral and Boundaries Commission (IEBC) chair Wafula Chebukati announced the results was dishonorable.

“We saw the church standing in front of the cameras trying to sanitise a very flawed process. We have seen some churches being turned into platforms for political agitations and campaigns. On Sundays, political leadership going to churches supposedly to pray, once the service is over they take over the church platform to vilify and insult some Kenyans and we have seen clergy sitting behind and cheering,” added Mr Odinga.

The former premier said the church should not be used as a political platform.

“We never go to church to play politics. The top leadership of this country has taken to church platforms to shout at us, telling us the government has done this and that. The government programmes are implemented in government offices or political platforms and not in the churches,” he said.

READ ALSO  How suspected thief was cornered after allegedly stealing pair of jeans worth Sh700
Related Topics:NewsRaila Odinga
Up Next