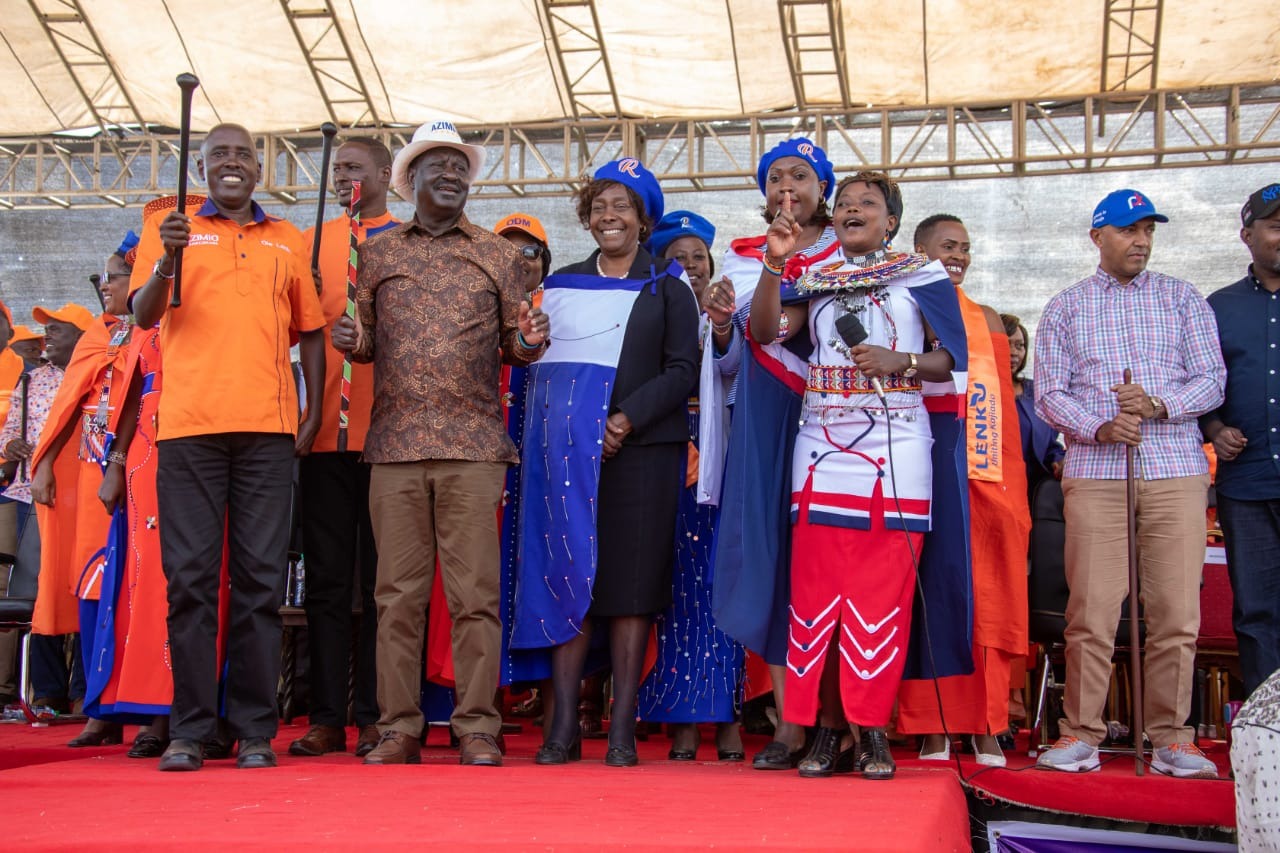 Lenku will be defending his seat on the ODM ticket is bold and believes he will win for the second term.

“I’m ready to serve the people of Kajiado County in my second term and complete the development programmes that I initiated,” Lenku told his Supporters.

“We want to show our competitors that we have the will and muscle to face them in this election journey. The support I enjoy from my followers is overwhelming,” Lenku said.

The governor said his development record is the reason the people of Kajiado are demanding he seeks a second term. 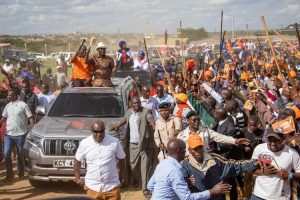 “I have built schools, hospitals, and roads in urban and rural areas. Those who have eyes and have traveled across this county will attest to that,” he said.

“When I take over as the fifth president of the Republic of Kenya, I will ensure that everyone will be issued with title deeds,” Raila said.

He said land titles alone will never put food on the table, and he will also ensure that the Maa people will have money in their pockets.

READ ALSO  'I was paid to act,' Blogger exposes Ebru TV show that catalyzed his depression

The Azimio la Umoja presidential candidate said once he is elected, he will ensure that equitable shares to the countries are raised from the current 15 percent to 35 percent of the national budget.

He said once enough money is given to the counties, health systems, issues of water and roads will be fixed.

“I will also introduce a social welfare scheme that will protect widows, single mothers, and divorcees from the lungs of poverty. They will receive government stipends of Sh6,000,” he further stated.

Raila also told the Maa community that once he takes office after the August 9 general elections, he will immediately introduce the livestock insurance scheme to protect their stocks from devastating droughts.