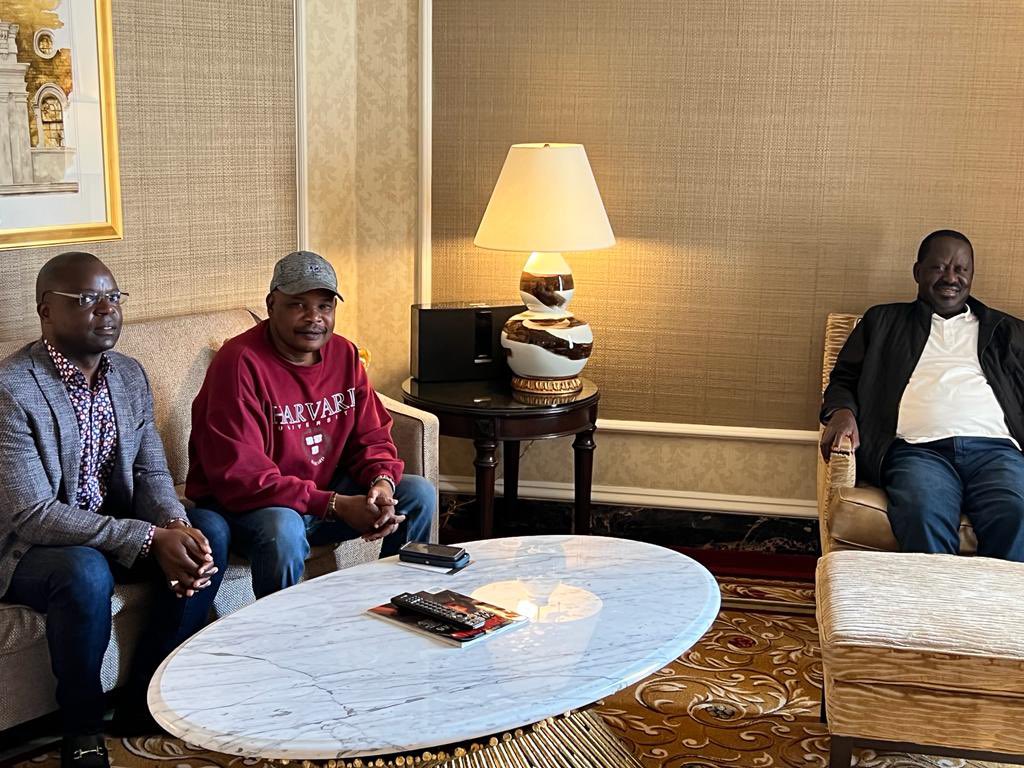 Raila Odinga, the head of the ODM, and his entourage have arrived in Washington, DC. Makau Mutua, a spokesperson for Raila’s presidential campaign secretariat, made the statement on social media.

Makau shared photos of Raila and his entourage at an unnamed location in Washington, DC.

Baba the Fifth has arrived in Washington DC! pic.twitter.com/8eojWvYDEY

The former prime minister, who departed the country on Friday, April 22, will undertake a series of meetings in Washington, DC, with senior US government officials and members of Congress.

The presidential candidate will also meet with prominent African-American leaders and Kenyans living in the United States.

READ ALSO  A Kenyan in US accused of sexually assaulting an autistic woman
Related Topics:NewsRaila US Tour
Up Next