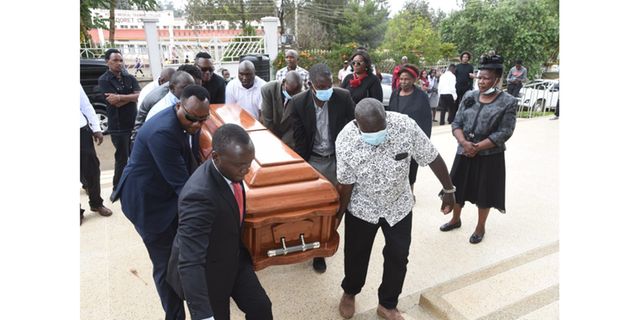 Mr Kibor, who is famously referred to as the men’s conference chairman by his Kenyan fans died aged 88 on March 16, 2022.

He died while undergoing treatment at St Luke’s Orthopedic and Trauma Hospital in Eldoret where he had been admitted for ten days for Covid-19 related complications.

The family said that he was diagnosed with kidney failure and was undergoing dialysis until his death.

Kibor will be buried next to his first wife Mama Mary, according to his wishes.

However, three people- a woman and two men, who are demanding to be recognized as his children, have moved to court seeking to stop his burial until the family comes to ana agreement on the matter.

The family plans to slaughter at least seven bulls and over 50 goats during the burial ceremony.

“We shall slaughter at least seven bulls, which have already been selected from his herds, as well as over 50 goats because we expect people from all walks of life, including high-ranking politicians from across the political divide since Mzee Kibor was a man of the people,” his eldest son, Mr Kimutai has said.

READ ALSO  From club to the farm: Covid-19 pushes DJ to take a big gamble
Related Topics:Jackson KiborKiborNewsRaila Odinga
Up Next