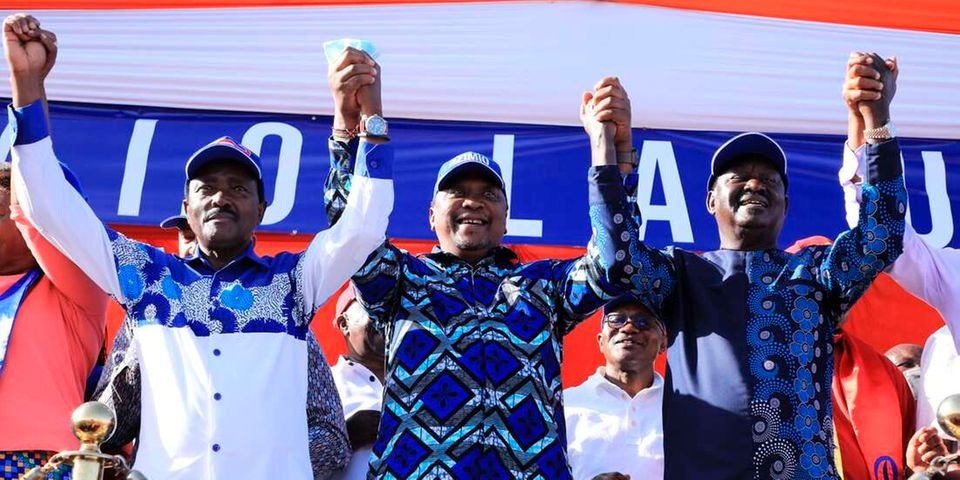 “There comes a time when the nation is more important than an individual,” Kalonzo tweeted.

While addressing Azimio la Umoja movement at Jacaranda grounds, Mr Musyoka said he would embark on a nationwide campaign for a Raila presidency.

That translates to “I thought Raila would return favour this time round, but I have endorsed him in good faith,” Mr Musyoka said.

[“…Our preferred candidate is Mr Raila Odinga. I therefore ask all OKA members to support him to ensure the country is not handed to corrupt individuals, I believe Raila won’t fail us]

He promised to improve the lives of those living in informal settlements should he win during the August 9 polls. He also promised a social protection programme to cushion the poor from the vagaries of economic hardship.

READ ALSO  Why doctors had to cut 3kg off my breasts

President Kenyatta said his Jubilee Party, OKA, and Azimio had decided to walk together to ensure no one is left out of government.

“It will be a government of inclusivity,” President Kenyatta said. “Let’s work together with the more than 22 parties that have come together [to support this course],” he added.