Dennis Onsarigo, a former investigative journalist, has been named chief of staff for the Nyamira County administration.
To serve in his government during his second term in office, Nyamira Governor Amos Nyaribo presented a team that included Onsarigo, age 41.
On Thursday, October 27, the recently terminated press secretary for Raila Odinga’s presidential campaign announced the appointment.
“I am excited. I commit to serve the people of Nyamira with utter professionalism,” he said. 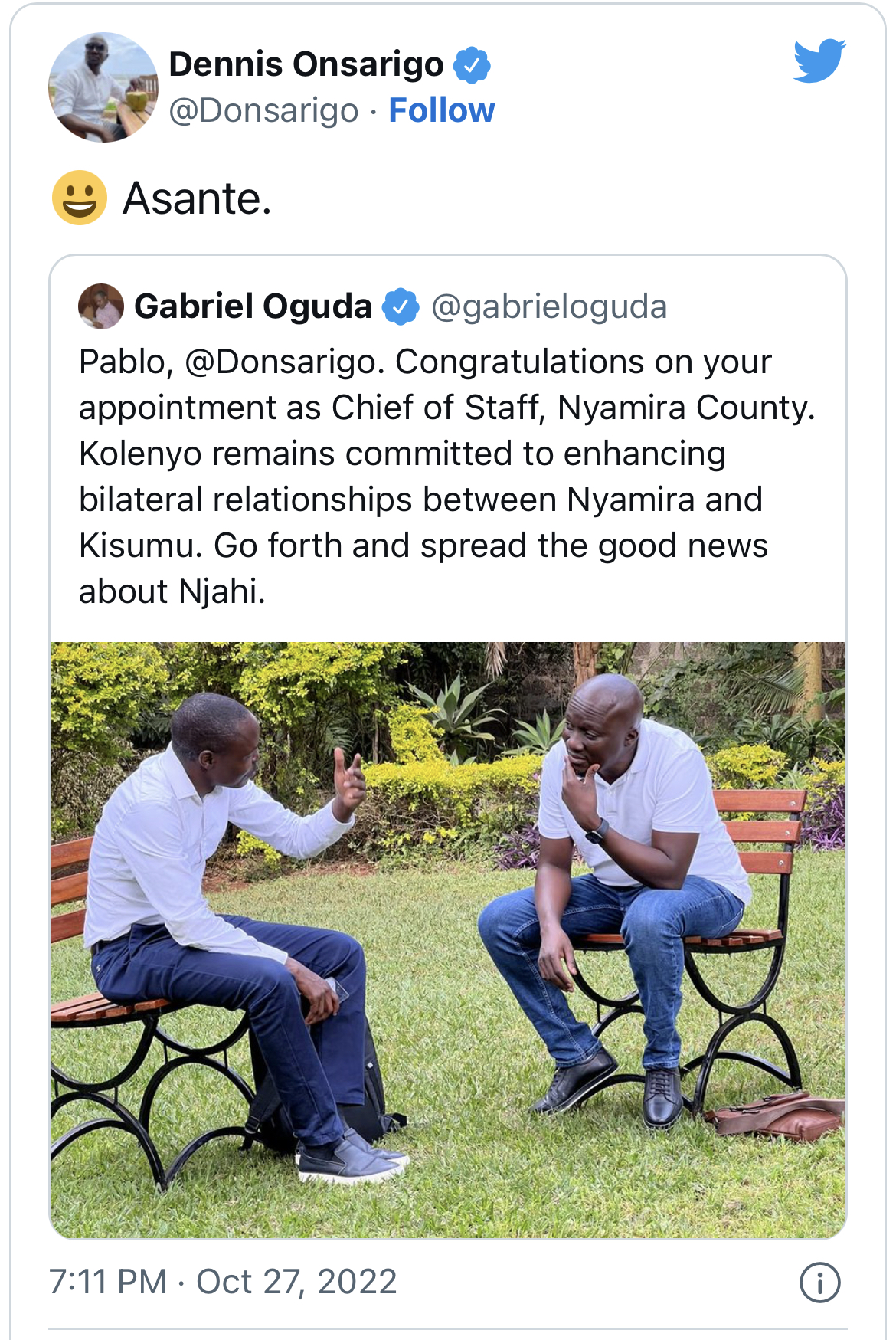 Onsarigo was appointed to Raila’s presidential campaigns secretariat on February 13, at the height of the just concluded 2022 general elections.
READ ALSO  Grace Msalame opens up about natural birth of her son, Isaiah
Related Topics:Denis OnsarigoNews
Up Next