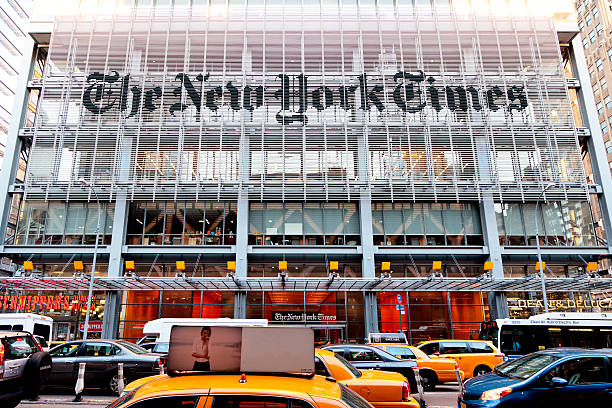 Kenyans are demanding an apology from the New York Times for their coverage on the Al-Shabaab raid on Manda Bay on January 5, 2020, which claimed that Kenyan forces “hid in the grass” during the assault on the camp, which housed both Kenyan and US troops.

Kenyans on various social media sites, including Facebook and Twitter, claim that a recently published Pentagon report on the attack, led by the United States Africa Command, shows that Kenyan forces were more active in pacifying the incident.

“Surprised by the attack, American commandos took around an hour to respond. Many of the local Kenyan forces, assigned to defend the base, hid in the grass while other American troops and support staff were corralled into tents, with little protection, to wait out the battle,” New York Times said in its report dated Jan 22, 2020.

@nytimes you should print an apology regarding your coverage of the Manda Bay Attack. It’s unbecoming of a newspaper of your repute to print false reports that casts aspersions to the commitment of our Kenyan troops on the war on terror accusing them of deserting their stations.— Gideon Kimutai Choge (@Gidikim) March 17, 2022.

US have released investigations into the Manda bay attack which shows KDF soldiers were first to arrive & engage the terrorist for over 30 min. This is contrary to what @nytimes reported that KDF soldiers “hid in the grass”#UDANDC #ProjectYaUhuru.

Nevertheless, the findings of a U.S. Africa Command Army Regulation 15-6 inquiry and a Secretary of Defense-directed independent review of activities released on March 10 indicated that the “proximate cause of the loss of life and damage to property was the attack by a massed force of 30 to 40 determined, disciplined, and well-resourced al-Shabaab fighters.”

“The investigation and independent review further found that no single point of failure resulted in the loss of life and damage to property, and no single act or omission would have avoided the attack,” US Defense department said.

Three Kenya Defence Forces (KDF) Service Personnel were accorded the Joint Service Commendation medals by the US Africa Command (AFRICOM) on Thursday for their courage and bravery during the invasion, which Kenyans say shows that KDF troops and US forces worked together in combating the Al-Qaeda associated terrorist group.

Apparently a KDF Ranger consolidated and led an ad-hoc team of KDF and Kenya Navy and went to the airfield out of their own accord to fight off the terrorists. pic.twitter.com/uhdH6zjPh7— Bruce (@_ngwata) March 15, 2022.

Colonel Daniel Rotich, Major Martin Muthaura, and Corporal Peter Shikuri received the honors from US AFRICOM Director of Operations Major General Gregory Anderson for their quick response in combating and defeating terrorists who assaulted Camp Simba in Manda, which houses KDF and US forces.

Three Americans were killed and a Kenya Defence Forces (KDF) officer was injured in the incident at Camp Simba in Manda Bay’s Cooperative Security Location (CSL).

One US Army soldier, Specialist Henry J. Mayfield, and two US contract staff, Bruce Triplett and Dustin Harrison, were among the casualties.

Three other US military personnel were injured in the sophisticated assault, according to the US Department of Defense.

This is 7 days ago…..@nytimes have been regurgitating the same lies untill they are now convinced it’s the gospel truth…..Garbage In,Garbage Out.

READ ALSO  Mahiga Homes: We promise, we deliver - Check out our projects in Ruiru, Joska, Kitengela and off Thika Super Highway

The losses caused by the attack are estimated to be worth more over 90 million dollars, according to the Independent Review of the USAFRICOM15-6 Investigation report.

According to the article, six US aircraft were lost in the preliminary minutes of the strike, resulting in financial damages.

A further ten million dollars has been spent on damage to US equipment, vehicles, and infrastructure.

“These costs are initial rough estimates provided by the various contractors operating out of the CSL Manda Bay,’’ the report read in part.

The cost of the wrecked Kenyan planes, on the other hand, was not disclosed.

Following the incident, the Defense Department stated: “U.S. Africa Command directed a series of measures to improve force protection at all locations on the continent and it continues to implement improvements to force protection, intelligence sharing, security force preparation, and mission command as identified by the 15-6 and independent review.”

CSL Manda Bay is used by US soldiers to teach African partners, address disasters, and safeguard US interests.

U.S. Africa Command has given responsibility for the integration of base support, including force protection, at CSL Manda Bay to U.S. Air Forces-Africa.

Raila’s interactive forum with Kenyans residing in the UK