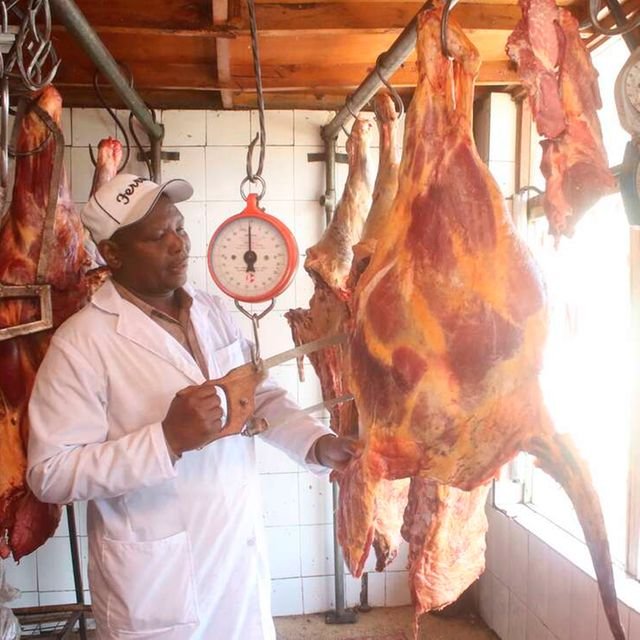 There has been a raging debate on which is the better source of animal protein, white or red meat. Most people, however, have advocated for white meat.

Though meat comes from different livestock species namely dairy cattle, goats, camels, beef cattle, small ruminants, non-ruminants, poultry and emerging livestock such as quail and rabbits, research has shown that chicken is the most consumed at 92 per cent, followed by beef at 84.7 per cent and fish at 79.4 per cent.

The high consumption of chicken is perhaps due to the myth that white meat is healthier than red. It is time to demystify the myths.

Most people avoid meats that are high in cholesterol, choosing lean cuts and white meat. However, studies have shown that white meat does not contain any lower amounts of cholesterol than red meat, that is, chicken contains as much cholesterol as beef.

According to a study published in the American Journal of Clinical Nutrition in 2019, an analysis of one small, grilled, skinless chicken breast was found to contain around 100 milligrams of cholesterol, what can add some 0.13 mmol/L (or 5 mg/dL) to your cholesterol level. Too much bad cholesterol can lead to cardiovascular disease. The study did not provide evidence for choosing white over red meat to reduce cardiovascular disease.

Although most people consider chicken to be lean meat with less fat, this assumption is incorrect as shown by an analysis from London Metropolitan University on chicken thigh meat from several supermarkets and organic suppliers.

The findings showed that it contained more than twice as much fat, a third more calories and a third less protein. So much for it being a ‘high-protein’ food; someone eating 100 grams of chicken would get more calories at 207 from the fat than the protein that is only 64. Similarly, organic chicken was not any better as the 154 calories from fat exceeded the 74 calories from protein. The study concluded that in view of the obesity epidemic, chickens that provide several times the fat energy compared with protein seemed illogical.

READ ALSO  Kenya on US criminal trade radar screen
Therefore, there was a recommendation that chicken husbandry needs to be reviewed with regard to its implications for animal welfare and human nutrition. Further, the researchers also found that chicken carcass tissues contained almost a pint of fat. This shows that the belief that chicken meat is lean meat is false as the biggest difference between the two is fat content where white meat is a leaner source of protein, with a lower fat content than red meat.

Myth 3: White meat does not cause cancer like processed red meat

It is normally argued that white meat does not cause cancer as compared to red meat. But it has been found that thoroughly cooking white meat, including that from chicken, duck and turkey, can generate hazardous chemicals known as heterocyclic aromatic amines (HAAs), which are linked to cancer in humans.

The HAAs form when sugars and creatine – a protein building block found mostly in muscle – are heated during cooking. Both are naturally present in meats. Some of the highest concentrations are in grilled meat like chicken which contains more than 10 times the amount in grilled beef. Frying often produces large amounts of HAAs, too. These HAAs can bind directly to human DNA, causing mutation and initiating cancer.

Myth 4: White meat is a good choice for diabetics

Another myth is that white meat does not cause diabetes. A 2018 study published in Diabetes Care, found that cooking chicken at high temperatures such as roasting, grilling, barbecuing and frying (very common cooking methods for poultry) can increase the risk of developing Type 2 diabetes.

It is thought that some chemicals (polycyclic aromatic hydrocarbons, heterocyclic aromatic amines and nitrosamines) formed during cooking may “spur an inflammatory response, interfere with the normal production of insulin, or promote insulin resistance in which the body cannot use it properly to regulate blood sugar levels”, according to researchers from Harvard University. This shows that chicken can cause diabetes depending on the way it is cooked.

This statement is not true. The issue of contamination could be as a result of poor handling of meat in unhygienic ways or from the animals eating plant feeds contaminated with excreta, human sewerage or handled by someone with dirty hands. Many cases go unrecognised and unreported and it may be that one in every four people experience food poisoning every year in the UK.

This is false as antibiotics in meat depends on the management of the farm animals. Globally, around three-quarters of all antibiotics are given to farmed animals, primarily pigs and poultry. The overuse of antibiotics in animal agriculture has led to the emergence of antibiotic-resistant ‘superbugs’.

According to a study published in Clinical Microbiology and Infection, “The massive use of antibiotics amplifies and accelerates the emergence and spread of drug-resistant bacteria and ultimately leads to transmission of resistant bacteria from animals to humans through the food chain.” One of the most common superbugs is extra intestinal pathogenic Escherichia coli which causes bladder and urinary tract infections.

There have been myths that meat affects the health balance of hormones. However, it was found that phthalates (a group of chemicals called plasticisers used in the production of plastics such as PVC and vinyl to make them more pliable) causes contamination to food bringing negative health outcomes in men.

A 2008 study found that male children of women with high levels of phthalate in their blood while pregnant were more likely to have adverse health outcomes. They noted that the presence of one phthalate metabolite (MEHP), was associated with smaller penis size.

Further, a 2009 study found that the presence of MEHP was associated with lower testosterone levels in men. Therefore, these studies did not prove that the effect came from meat but it came from contamination from phthalates.

Lastly, the red colour in meats simply means they have more myoglobin, which are the cells that transport oxygen to muscles in the bloodstream. Muscles used more frequently are darker. This is why chicken and turkey legs are slightly darker than breast.

Therefore, if you opt to eat meat, include small amounts of any in your diet. Opt for leaner cuts of red meat, like those that end in loin. Further, trim visible fat to reduce intake and avoid charring while cooking.

Juliani’s ode to Lillian and last meeting with Bob Collymore