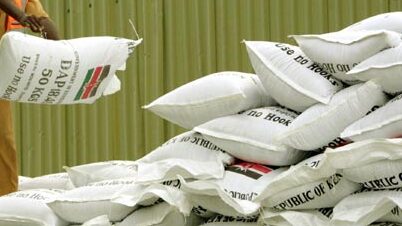 Farmers can now attend to their farms after the Ministry of Agriculture, Livestock, and Fisheries confirmed lower fertilizer costs on Friday.

A 50kg bag of DAP Fertilizer would now cost Sh2, 800 instead of Sh6, 000, according to Agriculture Cabinet Secretary Peter Munya.

Farmers will be relieved ahead of the long rainy planting season in March-May. Munya claimed that they had reserved Sh5.73 billion to subsidize the rates, and that the fertilizers are now available in a variety of outlets around the country.

“To ensure efficient delivery and control mechanisms are in place, the fertilizers will be available at NCPB stores countrywide on April 2, 2022” he added.

According to Munya, the quantities will enable the cultivation of 1.13 million acres. The CS had stated in early March that the rates would not be decreased until August since the ministry was awaiting a Sh31.8 billion subsidy grant.

Munya went on to say that the government’s action was inspired by the current Russia-Ukraine conflict, rising gas prices due to adverse weather conditions, and export limitations imposed by producer countries.

“The rise in fertiliser prices is due to producer countries such as China, Russia and Turkey restricting exports to protect their farmers because of high demand.”

He went on to say that countries like India, Brazil, and the United States consumed so much that worldwide supply was restricted, resulting in shipping rivalry and higher cargo container rates.

To stabilize the pricing of key fertilizers for Kenyan farmers, government institutions will sell the fertilizers at agreed-upon subsidized prices.