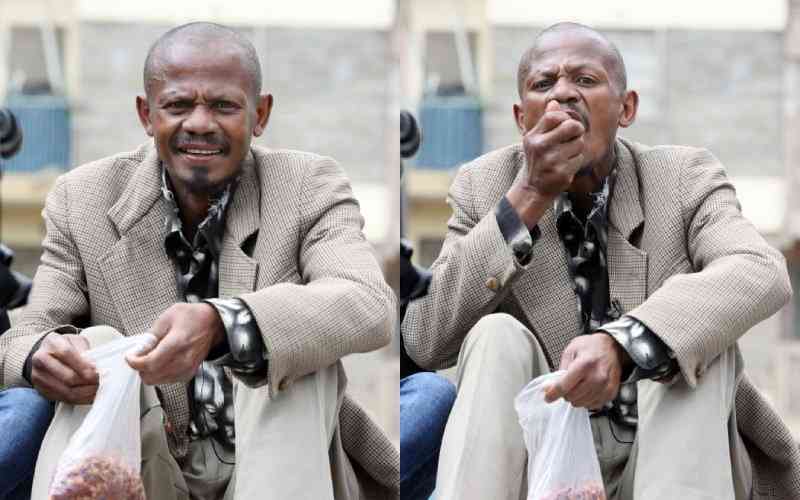 Martin Kamotho, popularly known as the Githeri Man, has opened up about his life since becoming famous five years ago for eating githeri while waiting in line to cast his ballot during the August 2017 General Elections.

Contrary to popular belief, the celebrity said that life hasn’t been simple in a recent interview with Vincent Mboya.

Since becoming famous, Githeri man has stated that he continues to live “in the ghetto” and would appreciate any help in addressing his current circumstances.

Speaking about his relationship with President Uhuru Kenyatta, Githeri Man acknowledged that since 2017, the Head of State has not been in contact with him.

However, he requested a chance to speak with the President so that he could explain his situation to him.

“From the time I left State House in 2017 we have never communicated again. I always hope one day we will meet and talk so that I tell him my problems because I can’t say that I don’t have problems. Uhuru Kenyatta is my friend. Now that he is almost done with his term, I only pray that he remembers Githeri man wherever he will go,” he remarked.

During the Jamhuri Day celebrations in 2017, Githeri Man received the Head of State Commendation award, which came with a cool Sh100,000 token.

Following his fame, he received numerous offers from businesses that wanted to partner with him, but as he described, everything came to a standstill, forcing him to return to his previous way of living.

Second fugitive on US most wanted list arrested in Meru