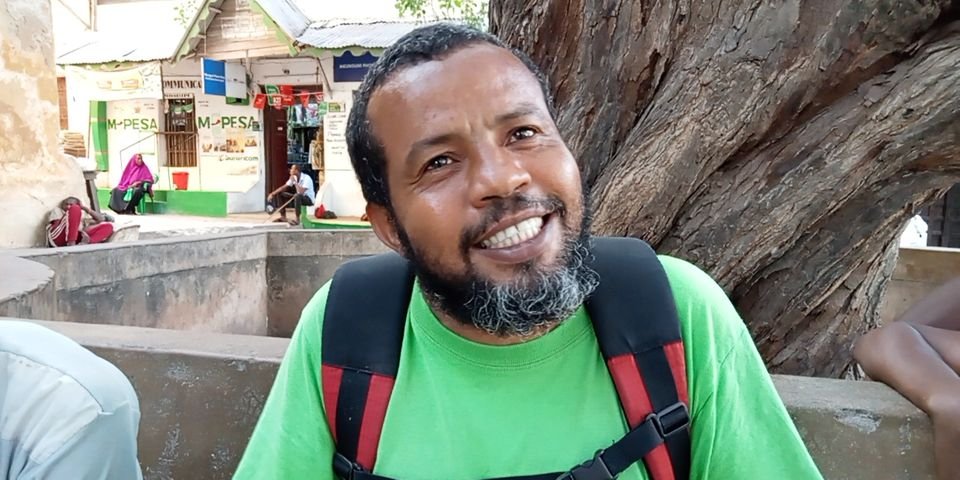 Bargash, 40, died at the Bomu Hospital in Mombasa on Monday evening.

He was admitted to the hospital last week after suffering a mild stroke on the left side of his body.

His wife, Nahida Ahmed, said Bargash suffered a mild stroke while he was waiting for his colleague at the Lamu House Hotel on Tuesday evening.

“He collapsed and got severe injuries on the head,” said Ms Ahmed.

She added: “His condition deteriorated and we moved him from King Fahad Hospital to Bomu Hospital in Mombasa. He died on Monday evening.”

Mr Bargash’s cousin Farid Ali eulogised him as a friend and humble person.

“He ended up becoming a correspondent for leading global media organisations. His love for Lamu and the people of Lamu was on another level. I remember meeting Bargash in 2015 when I attended the Lamu Cultural Festival. He told me he made a deliberate move not to leave Lamu but make a life out of it. He was also a human right activist, fighting any form of mistreatment.  He was a courageous man who never shied off from calling out bad leadership in Lamu,” said Mr Hersi.

“He produced high-quality content for international media like BBC, Al-Jazeera and Reuters. He also took great photos published by leading global publications. In fact, he was our main point of contact on all stories we covered in Lamu. He was brilliant, well networked, knowledgeable, nose for news. He would share a lot of new ideas,” said Mr Lali.

READ ALSO  Why I donated a kidney to my mother, explains single mother of one

Mr Bargash was born in Sports Area within Lamu Island in 1981.

Shortly after completing his form four, he couldn’t further his studies but instead embarked on the journey of photojournalism.

He has left behind a wife and two daughters aged seven and two years.

VIDEO: US-based Kenyan man sheds tears as he takes his grandmother on her first ever flight