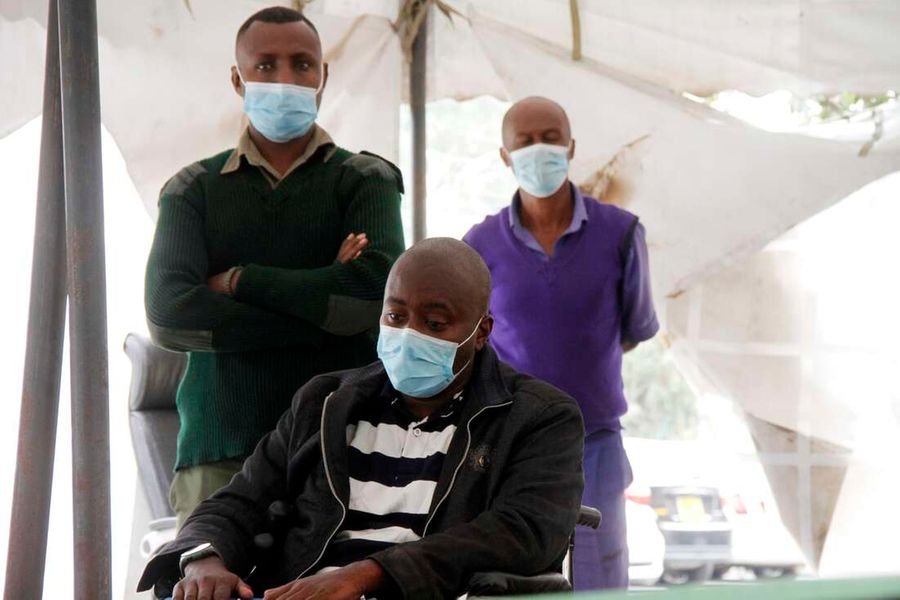 A son of a former assistant minister Betty Tett, who had been sentenced to death for violently robbing his foster father, William Tett, has got a reprieve after court substituted the sentence with a 15 years jail term.

Justice James Wakiaga heard the appeal by David, who had been convicted for violently robbing his foster father, William Tett.

“I have considered the evidence presented by the prosecution and l uphold the same. I now sentence the accused to 15 years imprisonment for each of the two counts of robbery with violence in accordance to the High Court directive,” ruled Mr Andayi.

He directed the sentence in the two robbery with violence charges to run concurrently from the date he was sentenced to death.

David was adopted by his aunt, Betty Tett, after the death of his mother.

He was sentenced to death after he was found guilty of being part of a gang that violently robbed his foster father on September 6, 2011 in Karen, Nairobi.

During the incident, police shot and killed two gangsters.

David was sentenced to death in 2014 after Mr Waweru ruled that the evidence by witnesses in the case was sufficient to prove that he was with the attackers and that he actively participated in the robbery.

READ ALSO  Our son came as a big surprise

Aggrieved by the sentence handed to him, David challenged it at the High Court, saying it was too punitive.

But Justice Wakiaga declined to resentence him and referred him back to the trial court.

In rejecting the appeal, Justice Wakiaga said, “The trial court had properly addressed itself to the evidence tendered before it and arrived at a legal conviction.”

“The appellant was properly identified by prosecution witnesses who said he was in the company of two other robbers who accosted William Tett at their Karen home,” the judge said.

The judge dismissed David’s contention that he was framed by his parents, saying “they had no reason to fix him”.

“All the tenets of good prosecution were observed and met during the trial of the accused in the lower court. He was properly tried and a verdict passed,” ruled Justice Wakiaga.

Sarova Whitesands to pay Sh2.4m to family of child who drowned