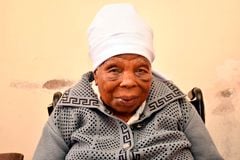 As Kenyans celebrated 59th Jamhuri Day celebrations yesterday, a man from Baringo County claimed that he knows where the remains of the former Mau Mau fighter Dedan Kimathi were buried.

The mystery of where the body of freedom fighter was buried after being executed by the British in the early morning of February 18,

1957 at Kamiti Maximum Prison has remained a puzzle for any years.

But Samuel Toroitich, 87, from Tuloi village in Baringo North subcounty, who worked as a prison warder at Kamiti between 1952 and

1957 claims that he witnessed the execution.

Toroitich who retired in 1974 after serving in various prisons countrywide has since moved to Kong’asis area in Nakuru County where he bought a piece of land after retirement.

“I remember that morning vividly as I was on duty at the watch tower of the prison. After being killed, the Prison Commissioner ordered 16 of my colleagues to dig a grave; about 40 metres from the main gate,” claimed Toroitich, adding the colonialists did not trust prison warders from certain communities.

The father of 15 claimed he can trace where the body was buried and requested for authorities to allow him visit his former work station to identify the place.

“Kimathi was buried with handcuffs. I can trace where the unmarked grave is even if buildings have

been erected over it. I regret for not giving out the vital information early as I feared for my life. This

has been haunting me and time has come for me to remove this burden off my shoulders,” Toroitich

told People Daily during an interview at his home.

He described the colonialists as ruthless people who detested Africans. He said that most of his

colleagues who witnessed the execution of the former freedom fighter have since passed on.