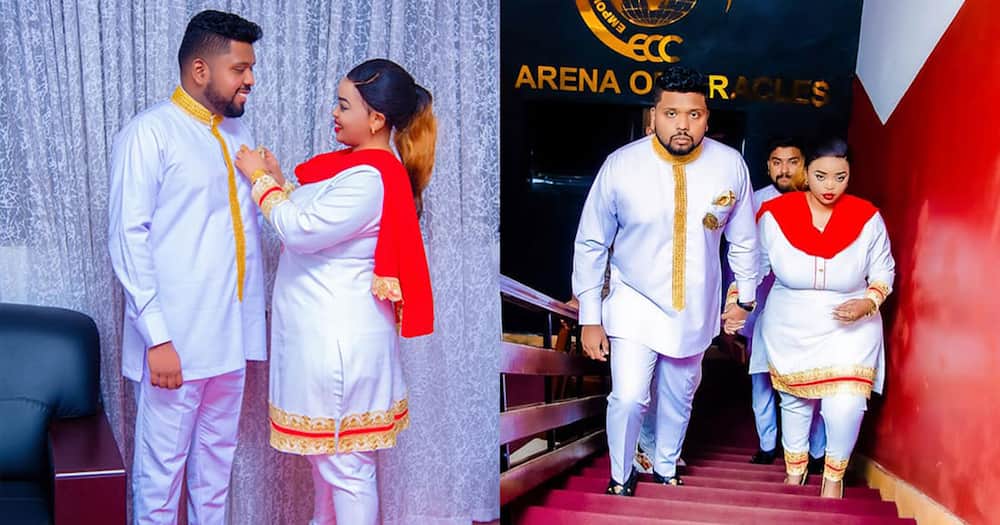 Lucy Natasha, a flamboyant city preacher, and her Indian husband, Prophet Stanley Carmel, have announced that they are expecting five children.

Rev Natasha acknowledged they are now residing as man and wife, albeit without the white wedding, in a recent interview with renowned journalist Lynn Ngugi on her YouTube channel.

They are planning two events, she says: a white wedding in India and a celebration of their union in Canada.

“Coming from different culture, there were challenges definitely but we always find a mutual ground to work with. I’m learning to make Indian dishes while he tries out different Kenyan dishes,” she added.

Rev Natasha also confesses that media reports claiming she was faking miracles were false, and that it is a sacrifice she bears for being in the public spotlight.

“You know there are different alter calls and if one person appears in two that does not mean its acting,” she explained.

Even if criticism is unavoidable, the duo says they can choose what will influence them and what will not.

“If you do not know us personally, we will not take your comments personal,” she stated.

The two credit their early friendship and chemistry for their relationship’s current success amidst their lives being out in the public.

The sassy evangelist defended her charitable ministry, Natasha’s Hands of Compassion, by claiming that she originated from a less fortunate background and that this is what drives her to give.

“I know we are in the political season and even though I affiliate myself with the political leaders I’m not planning to run for any seat.”.

The duo, who describe themselves as international preachers with a global ministry, have stated that they will dwell anywhere between Kenya, India, and Canada.

In response to charges that they only teach the prosperity gospel, Prophet Carmel stated that the Bible contains a variety of doctrines, and that as evangelists, they cover all of them.

“Christ did not die so that we suffer however we do not advocate for people to suffer all through their lives.”

While encouraging married couples, the duo stated that while marriage is not always easy, depending on God, praying together, and voicing issues can make a marriage wonderful.

“Change the concept from what I am getting to what I am giving and two people come together and give happiness, support, compliments then it will work,” Prophet Carmel stated.

The amount of souls we’ve won to Christ determines our mission and concentration. Material possessions are not used to determine our net value.