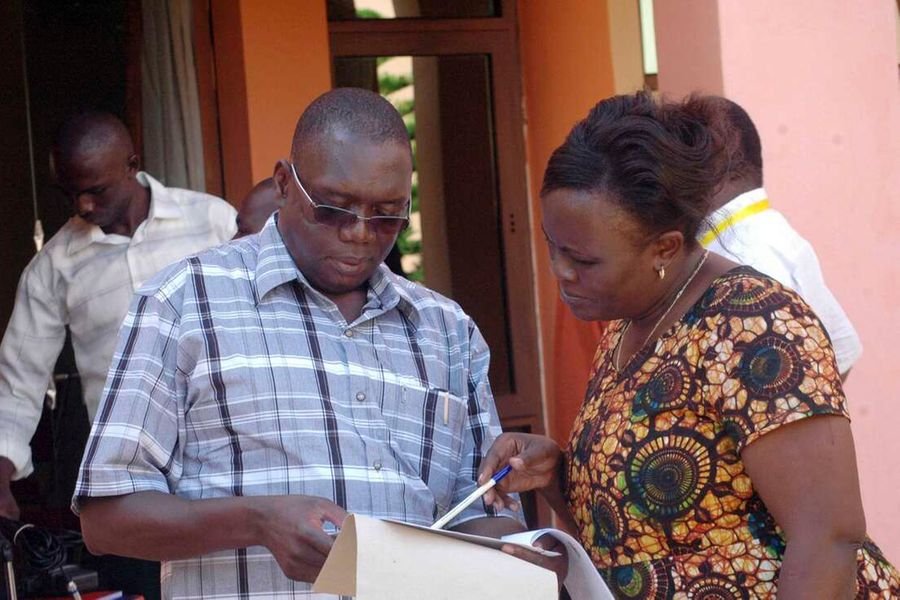 A senior National Land Commission (NLC) officer who collapsed and died on Monday was killed by a heart attack, a post-mortem examination has shown.

And it emerged NLC deputy director of investigations Antipas Nyanjwa died in a week MPs were pushing for action on disputed ownership of a Sh2.5 billion city land that the NLC investigator had told Parliament was the subject of fraudulent transactions by rogue public officials.

“His body had no external injuries. His internal organs have also been scrutinised. The pathologist realised there was lack of oxygen in Nyanjwa’s blood. We have been informed it was a heart attack,” Mr Nyanjwa briefed the family.

The senior NLC employee is said to have experienced difficulties in breathing at Soiree Gardens along Ngong’ Road.

He reportedly started convulsing and collapsed on his way to the washroom.

A waiter rushed to his aid and alerted the restaurant’s management.

He is reported to have handed out his phone and directed that one of his colleagues be called urgently. His colleague arrived at the hotel as he was being rushed to the hospital, where he was pronounced dead on arrival.

The family urged the public to refrain from weaving conspiracy theories regarding their loved one’s death.

“Let us disseminate the fact that the pathologist has noticed it was a heart attack and nothing else,” Mr Nyanjwa said.

Samples taken from the body have reportedly been taken to the government chemist for further testing and results are expected in the next one month.

Nyanjwa is survived by two wives, both of whom were present at the funeral home. His first wife, identified as Florence, has two sons, Fred Nyanjwa (23) and Raymond Nyanjwa (21).

The second wife, identified as Violet, has three children, two girls and one boy.

“My brother was very peaceful and generous. He loved everybody and did not brush shoulders wrongly with anyone. We are now focusing on giving him a good and peaceful send-off,” the deceased’s younger brother told the Nation.

The Nation established the National Assembly’s departmental committee on Lands had last week issued a one-week ultimatum to the NLC to resolve issues around a petition filed before it alleging the invasion and eviction of the complainants from their land measuring 17.16 acres in Roysambu by the KDF.

Following a probe, the committee in a report published on December 5, 2019, recommended the Lands ministry, NLC and Nairobi county completes titling process for the parcel registration L.R.No 5875/2.

The MPs also asked the Director for Criminal Investigations to investigate Lands ministry officers who may have caused loss of public funds by effecting fraudulent transactions relating to the parcel and prosecute any person found culpable.

The petitioners, former workers of the late Mayer Jacob Samuels, accused the KDF of forcibly taking away their land – L.R.No 5875/2 – which they said was given to them by their employer’s family after they were unable to pay their salaries when Samuels died in 1974.

The ex-workers then registered the land as Roysa Community Development Society and later requested the Nairobi City County Government to allocate the land to them.

Their request was granted by both the county government and the NLC and the Ministry of Lands subsequently issued letters of allotment. However, the KDF allegedly evicted them from the land in April 2019.

This was after the government claimed the contested land had been transferred to the late Samuels under a 99-year-old lease agreement running from November 1904 and expiring on November 2003, after which the land reverted to the Nairobi County.

In 1985, the estate managers applied for an extension of the lease but the government declined and initiated compulsory acquisition through a “notice of taking possession” dated June 25, 1986.

The Ministry of Defence stated the Commissioner of Lands valued the land at Sh3,530,500.
The valuation was challenged and was enhanced to Sh23 million by the High court. This enhancement, however, was appealed against and the matter is still ongoing in the Court of Appeal.