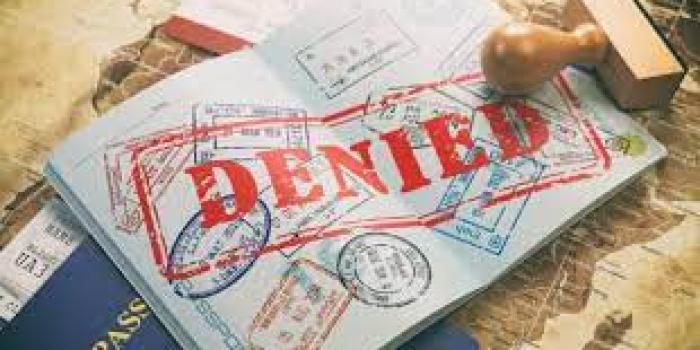 Kenyans have been frequently missing essential job trips, academic scholarships, and family gatherings because they are unable to obtain a visa to travel abroad.

Ferdinand Omanyala, a star athlete for Kenya, struggled to get a visa from the US consulate, which put his participation in the World Championships in Oregon in jeopardy. Just 30 hours before the competition’s heats were set to begin, on Thursday evening, he finally acquired the travel authorization.

Several Kenyans have spoken out about their difficulties obtaining visas to travel overseas in the wake of Omanyala’s experience.

One Twitter user, @nyandiko, stated that she had booked tickets for Belgium’s eagerly anticipated Tomorrowland 2022 Electronic Dance Music Festival but had been turned down for a visa. The arguments presented to her  for visa denial did not make sense.

“So I have just been told that touring and Tomorrowland is not enough reason to travel. That as a black person, I need more reasons to travel to Belgium or to any country in Europe,” she posted.

Surprisingly, millions of people try to purchase the few hundred thousand tickets that typically sell out in minutes, Tomorrowland is one of the most difficult festivals in the world to secure tickets for. The cost of its tickets is among the highest in the world.

However, despite her financial sturdiness, she was unable to persuade the Belgian embassy that her only objective was to explore the country and attend the electro-dance music festival.

Another case is that of Fatima. Although she is married to an Australian citizen, the fact is that she is unable to obtain a partner’s visa or permanent residency in Australia despite the procedure starting in September 2020.

Additionally, she hadn’t seen her husband in almost three years since he moved to Australia in late 2019 from Kenya.

“No sooner had my husband landed in Australia than the Covid-19 pandemic came and the country was locked down for the subsequent two years,” she said.

“My husband left me with our three-month-old daughter and he only saw her a few months ago when he came to Kenya after the travel bans were lifted.”

In September 2020, Fatima made the necessary payment of 7,000 Australian dollars (about Sh560,000), and she was given an appointment for 2021. She assumed an interview would be all she needed, but on August 13 of last year, she was instructed to visit a clinic the embassy had selected for a medical checkup. For that she had to part with Sh38,000.

On November 4 of last year, she was also asked to come to the embassy so that her biometrics could be taken. Since then, there has been no communication on her visa application.

She is concerned that, if her application is not processed by August 13 as requested, she may have to undergo a new medical examination because the original one’s validity expires after a year. She will have to pay Sh38,000 more for the same procedure.

Concerned about the difficulties they encounter while attempting to obtain visas for travel abroad, Kenyans have questioned the country’s diplomatic relations with other countries.

Some have called on the government to step in and assist in easing the process.

Related Topics:NewsVisa rules
Up Next

Why I am not getting married anytime soon: Diamond