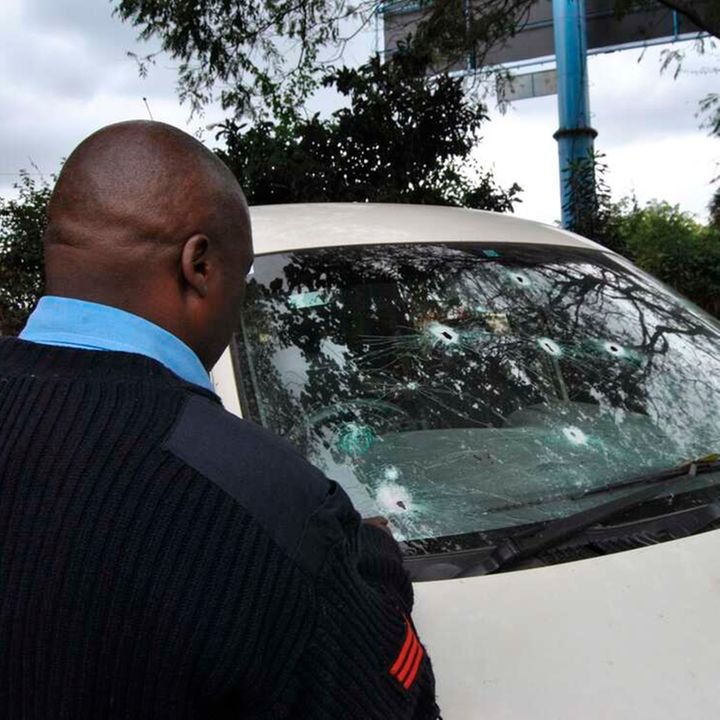 Years back, the Kwekwe or Eagle police squad evoked fear among members of the Mungiki sect and other suspects of crime. There was no doubt about it; if you were in the police squad’s list, you would surely be eliminated.

The dreaded squad was implicated in enforced disappearance and extrajudicial execution of civilians, human rights crusaders and even fellow police officers.

And then in a twist, all the officers who were in the squad died under mysterious circumstances. Some just disappeared.

The squad consisted of Zebedeo Maina — who was allegedly shot dead by his juniors during an operation to rescue an abducted child, Chief Inspector John Kariuki, Sergeant John Gitahi, Bernard Kiriinya and the former head of the Flying Squad Reche Nyagah, all of whom died mysteriously, and Richard Katola, who suffered a stroke. Three others disappeared and have never been found.

Before his death in 2010, Kiriinya confessed in a videotape that he was a member of the death squad, which, he said, had strangled, shot and hacked to death 60 people. He handed the tape to the Kenya National Commission on Human Rights (KNCHR) days before he was shot dead in Nairobi’s Westlands.

Eleven years after the killings, a leaked conversation extracted from a Telegram group points to the existence of a well-structured execution squad within the National Police Service (NPS) charged with the elimination of crime suspects.

The leaked conversation that Nation.Africa accessed on April 21 revealed a well-planned ambush conducted after an analysis of the suspects’ routine. Although the language used in the conversation is coded, Nation.Africa could tell that one of the targeted suspects had, on April 8, travelled to Lukoi in Busia County, as revealed by an officer who goes by the name Rogers.

Screenshots shared in the group revealed the suspect’s conversation with another suspect the officers identified as Bob, who lives in Kayole, but who had been on the run and was suspected to be in Dandora or Huruma.

The officers in the conversation mentioned that three suspects had been killed and that two were yet to be found. The conversation pointed to a team determined to kill, not arrest.

A report by several human rights groups, the Missing Voices annual report, indicated that 167 people were killed or disappeared by the police in 2020. Out of this, 157 were as a result of police killings and 10 disappeared while in police custody.

Several police officers interviewed by the Nation on condition of anonymity said there were several ‘companies’ within the service tasked with eliminating hard-core criminals and suspects of terrorism.

“They work with informants — most of whom are also members of the gangs. Snitches are always criminals themselves. The bosses know and the instruction is usually to eliminate the hard-core criminals because when they are taken to court, they are bailed out and they come back and pose a threat to the people and the police.

“But these same police officers get entangled in the ring and then eliminate their accomplices after the deals are sealed, to short-change or silence them,” the officer revealed.

Switch from bullets to strangulation

He also revealed a variation in the manner in which police officers eliminate suspects. Unlike in the past, when bullets were used, the killer officers now abduct and either strangle or poison the people targeted for elimination.

This, he said was because the Independent Policing Oversight Authority (Ipoa) and some human rights groups have been intensifying investigations into the killings and when bullets are involved, it is easy to extract ballistic evidence and prosecute the police officers concerned.

Another police officer revealed that in cases where police officers use their guns for the elimination of the target, the scene is tampered with to justify the killing.

“I always see the media taking pictures of guns that have been planted on the suspect that has been killed and wonder why you guys never question why the gun is always a home-made gun. Also, why do you not ask why only one home-made gun was recovered, yet sometimes up to five people have been killed in what our bosses usually refer to as a fierce shoot-out?” he asked.

He revealed that the home-made guns and genuine guns with obliterated serial numbers are preferred in this case because they cannot be traced by ballistic examiners.

Nation.Africa has learnt that the current hit squads, among them Radiation Squad, the Alternating Current, or simply AC, which later came to be known as Hessy, have the blessings of the NPS.

The legion of killer cops under the AC squad — Hessy wa Kayole, Hessy wa Dandora, Hessy wa Eastlando and other Hessys, have been using social media to warn the suspects before they are killed.

Officers operating in the death squads have also been eliminating one another over betrayal, offering a glimpse into what might have happened among the Eagle Squad members.

In the affidavit handed to the KNCHR, Kiriinya gave the names of victims, locations of killings and instances he had witnessed.

A KNCHR report titled Cry of Blood, mainly compiled from Kiriinya’s confessions, had been released before his killing. The report indicated that the Kenya Police was complicit in extrajudicial killings between June and October 2007. It said bodies were dumped in far-flung mortuaries, garbage sites, dams, forests and rivers, among other places.

“All the non-commissioned officers in our squad were given Sh15,000 each and the constables were given Sh10,000 each as a sign of appreciation,” Kiriinya had said in his confession.

In June 2020, Wikileaks released a letter from a Kenya policeman who claimed that a senior state official and a retired police commissioner had ordered the killings of prominent politicians.

He said the police unit was the defunct Kwekwe Squad, and that they were paid Sh25,000 every week in allowances, and Sh150,000 each to carry out the assassinations. In killing Mungiki members, police deployed the same tactics the proscribed gang used.

According to the letter, the bodies of victims were dumped in Tsavo West National park to be eaten by hyenas, and in the Ruai Sewage treatment plant, where bodies were dumped in the dead of the night. 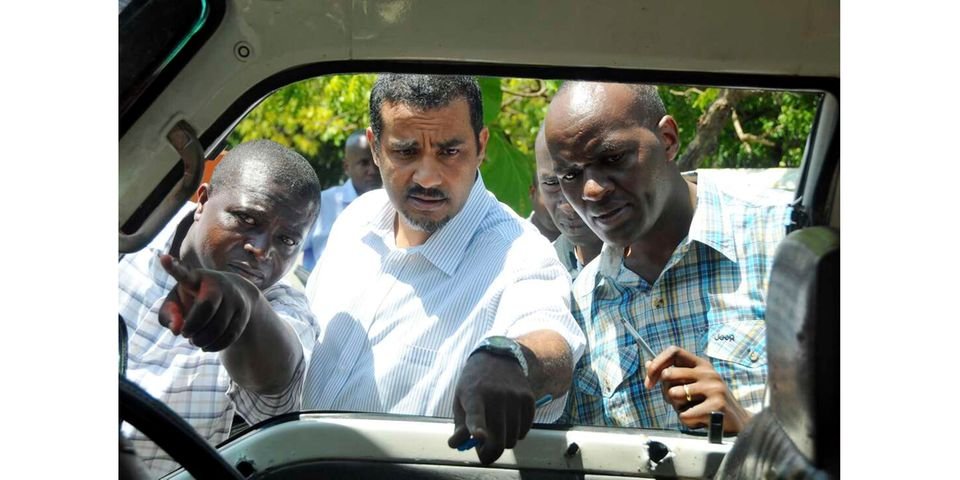 Police squads have been implicated in several gangland executions, disappearance and deaths of some Kenyans, among them Abubakar Shariff alias Makaburi, Sheikh Aboud Rogo, Sheikh Ibrahim Omar, Lawyer Willie Kimani and two others, the Baringo Six, the Kitengela Four, among others.

In a visit to Kayole in December 2019, Director of Criminal Investigations George Kinoti came face to face with the reality of police killings and after listening to testimonies from families, he said he would investigate the squads.

“I am saying no-one will ever cover for a police officer who kills under my watch” Mr Kinoti said. In January 2020, he disbanded the Flying Squad Unit, replacing it with the Special Service Unit (SSU).

However, the SSU has not been spared the accusations of extrajudicial killings and executions, because, even though the unit shed its name, the DCI retained some of the trigger-happy police officers.

Just last week, human rights groups urged Interior Cabinet Secretary Fred Matiang’i and Inspector-General of Police Hilary Mutyambai, to publicly denounce the spiralling killings of crime suspects and innocent people in the country. Their statement came in the wake of the abduction, torture and killing of four men in Murang’a and another resident of Mathare.

During the release of the Missing Voices report, the human rights organisations piled pressure on Mr Mutyambai to stop the rising cases of extra-judicial killings and enforced disappearances. The Nation did not get a comment from Mr Mutyambai despite several calls and texts to his phone.

The Police Reforms Working Group (PRWG) says the Constitution guarantees the right to life, security of citizens, rights of the arrested person, fair trial, freedom from torture, and human dignity.

“The narrative that if you are alleged to have committed a crime then you are subject to execution is worrying. It means none of us is safe,” said Mr Peter Kiama, the director of the Independent Medical-Legal unit.

Security analysts say the extrajudicial executions in the country happen with the knowledge of the top brass in the Interior Ministry.

One of the analysts, Mr Kiyo Ng’ang’a, says the Police, being part of the formal Criminal Justice System, should be process criminals through the right channel.

“Vigilante-kind of justice should not be allowed to exist within the National Police Service”.

KCSE 2020: List of top 10 most improved students and their schools