Revealed: Number of Kenyans who watched the Deputy Presidential Debate 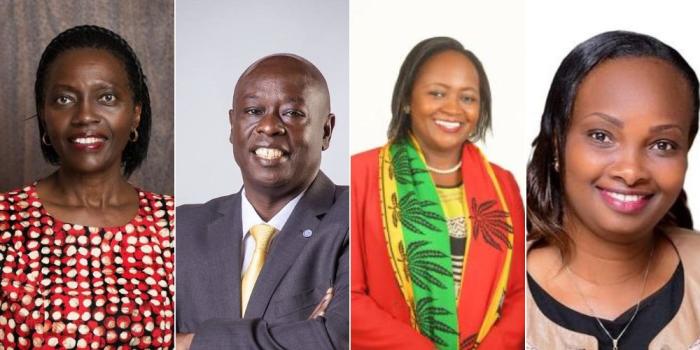 The Media Council of Kenya (MCK) has announced the number of Kenyans who watched the deputy presidential debate that took place  on July 19.

The debate was broadcasted live from the Catholic University of Eastern Africa (CUEA) in Karen, Nairobi, and according to the data by MCK, 34 million Kenyans watched it.

34 million Kenyans equates to 82% of the country’s population. The second round of the debate, which put Azimio running mate Martha Karua against her Kenya Kwanza rival Rigathi Gachagua, was viewed by 70% of Kenyans.

According to MCK, 5% of people watched the first round of the debate between Ruth Mucheru and Justina Wamae of the Agano Party.

One-third of people watched both debates.

MCK said that 76 percent of the audience watched the debate on television, 19 percent listened to the radio, and 10 percent followed it on social media.

The study by MCK comes as Kenyans anticipate the presidential debate slated for Tuesday, July 26 at the Catholic University of Eastern Africa (CUEA) in Karen, Nairobi from 5pm.

William Ruto, the presidential candidate for the Kenya Kwanza, announced on Thursday that he will participate in the debate, alongside his primary rival Raila Odinga of the Azimio.

Agano’s David Mwaure and George Wajackoyah of the Roots party will square it off in the first tier of the debate, while Ruto and Raila will be in the second tier.

READ ALSO  Why a Kenyan Bus Preacher Nursing Injuries in a Nairobi Hospital was Attacked
Related Topics:August ElectionsDeputy Presidential debateMedia Council of KenyaNews
Up Next