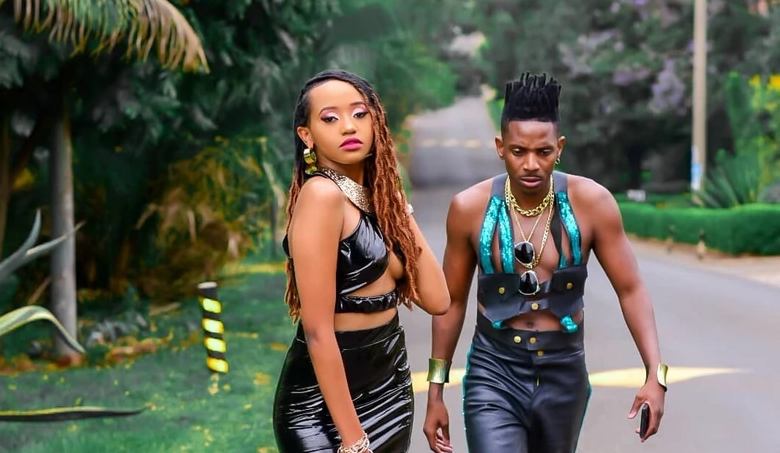 Kenyan Comedian Eric Omondi has for the first time revealed why he no longer works with songstress Miss P.

In an interview with Mungai Eve months after he took over her management, Omondi said that the biggest issue her company had with Miss P was that she never pushes herself or her music.

The comedian lamented that most of the time he was forced to push and promote Miss P’s projects, yet he is not even a musician.

On trying to find out why the singer was always reluctant to share and promote her work, she argued that she is not a social media person.

Eric hinted that lack of effort from Miss P in terms of pushing her own projects contributed to his company letting her go.

“It could be one of the main reason of that conversation going that direction because it reached a point the team opted to step a side and allow her to do her own things. she had left everything to me,” Omondi noted.

On the other hand, Miss P had a different explanation as to why she stopped working with Omondi.

The Baby Shower hit-maker told Mzazi Willy M Tuva that Omondi was not a serious person and he went silent on her after the baby shower project.

“Communication is key, ndio mtaelewana and get to have a clear understanding. After the baby shower events, I tried calling and texting but he did not respond. I have tried even reaching out through his manager but no response.

In late 2021, Comedian Eric Omondi subjected his over 3.7 million followers to confusion after alleging that he is expecting a baby with singer Miss P.

“I met this Beautiful Woman 5 months ago in an event I was hosting. Whatever happened happened and I promised her I would take every Responsibility. Children are a blessing from God. @officialmissp_,” Eric Omondi’s post read.

The post sparked mixed reactions among his funs and followers with a section congratulating them, while others were quick to note that it was Photoshop.

It would later emerge, the two were working on a music project dubbed baby shower and that the photos were a stunt to draw fans attention.