REVEALED: Why Harmonize spent $58, 000 to woo his girlfriend 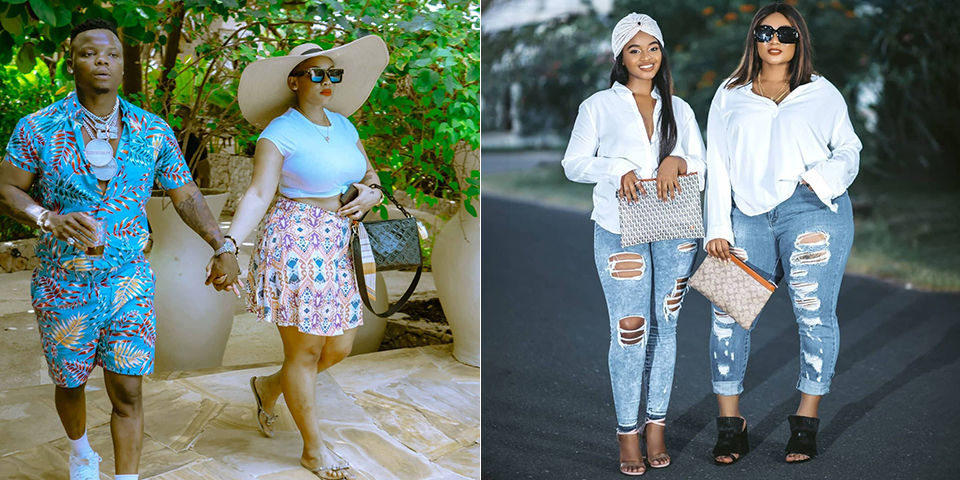 Popular Tanzanian singer Rajab Abdul Kahali alias Harmonize has purchased a second Range Rover for his ex-girlfriend and Bongo Movie actress Frida Kajala in a mission to lure her back to him.

On Wednesday, Konde Boy shared videos showing off the white Range Rover he bought for Kajala – with an affirmation that he has already imported another Black-Range Rover for the woman he loves.

The Never Give Up hitmaker details that he wants his woman to have two luxury cars in case she takes him.

It started out as a love story that had the markings of having a fairy tale happy ending but little did Tanzanian singer Rajab Abdul Kahali popularly known as Harmonize know that his liaison with actor Frida Kajala will cost him millions.

His more than three year dalliance with Michellotti was brought to an end thanks to what she described as dishonesty and infidelity from Harmonize.

He also clapped back at critics accusing him of clout chasing in the name of begging Kajala for forgiveness and buying her experience gifts.

On April 14, the singer again shared a short video displaying a new Range Rover, fully customized with Frida’s name ‘Kajala’ – asking the Bongo movie actress to forgive him and take him back.

In his apology, the Konde Gang president acknowledged his mistakes, admitting that he hurt Kajala and her family – but now he regrets it.

And despite Harmonize going down on his knees to ask for forgiveness from Michellotti her mind was made up and was not ready to forgive the singer for siring a child with another woman.

Harmonize however, moved on and found love again in the arms of Kajala. But it also did not take long for him to be dumped by the lass. This is after she discovered the singer was hitting on her 19-year-old daughter, Paula Kajala.

And nude pictures of Harmonize, which he had allegedly sent to Paula in his efforts to woo her, leaked online.

Despite all this he was able to win back the affection of Kajala who is now his fiancé. We take a look at what it took for Harmonize to win Kajala’s love.

In April he erected a billboard featuring Kajala begging her to come back. He also took to social media sharing a photo of him holding a bouquet of red roses professing his love for Kajala captioning it; “Love you Kajala, take me back.”

According to Alliance Media, an outdoor advertising company that has operations both in Kenya and Tanzania, a 10 metre by 12 metre billboard costs about TSh4.6 million ($1,972) per month with an extra one off printing charge of TSh2.7 million ($1,157). An additional Tsh230,000 ($98) is charged for installation.

“Our prices are usually the same regardless of location and we offer a discount depending on the duration,” Ramla Mbuya from Alliance media said.

Seeing that the billboard did not bear much fruit he went ahead to purchase a black and white range rover Evoque with customised number plates bearing the name of the actress.

“Even if there was Kajala 1 to 10 they cannot erase the pain I have caused you and your family. It cannot change what we have gone through or be the reason for you to come back to me. It only explains how much I regret the pain I caused you. The only thing I ask from you is forgiveness. I want you to know that I love you with all of my heart, just give me another chance. The reason I have bought these cars for you is because I remember you once told me that it is the car of your dreams,” Harmonize said.

“You are one of the strongest women I have ever seen in my life, you have been there for me. There was a time I did not even have a house to sleep in but you gave me a place to stay. All that we have gone through together has made me realise that you are the woman of my life,” Harmonize said during his proposal speech.

In addition to all this he appointed her CEO of his music label Konde Gang. Kajala will also act as Harmonize’s manager, in charge of running his music affairs.

Harmonize bought the 1st Range Rover weeks after splashing Sh595, 344 (Tsh 12 million), on a huge billboard begging her to take him back.

Kajala and Harmonize’s relationship lasted for only two months in 2021 before she dumped him on grounds that he was also seducing her daughter Paula Kajala.

The singer moved on with an Australian girlfriend Briana Jai, but their relationship also ended in March 2022 after 6 months.