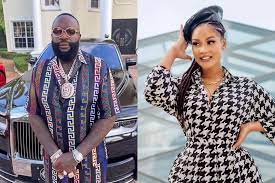 The award-winning rapper and Hamisa have for a long time shown fans that they’re in love.

They initially rubbished the rumors that they were in an intimate relationship until when they posted an image together in Dubai kissing.

“To be honest, there is a connection but then I’m going to leave it to her to explain the nature of the relationship we share,” said Ross. 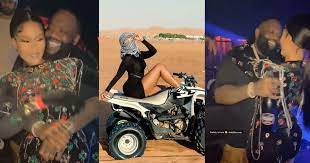 He further added, “She is such a beautiful person, beautiful spirit and she is a huge entrepreneur and I want to help her take it to the next level because she is doing a great job and I’m proud of her.”

Rick Ross started to show interest in Hamisa after commenting on her photos with emojis. And eventually, they ended up falling in love.

Rick Ross had been all over Hamisa’s Instagram posts; filling them with suggestive comments. Hamisa would then reply and pin his comments without hesitation; to imply he’s important to her. The suggestive comment spree continued for a while until the two met.