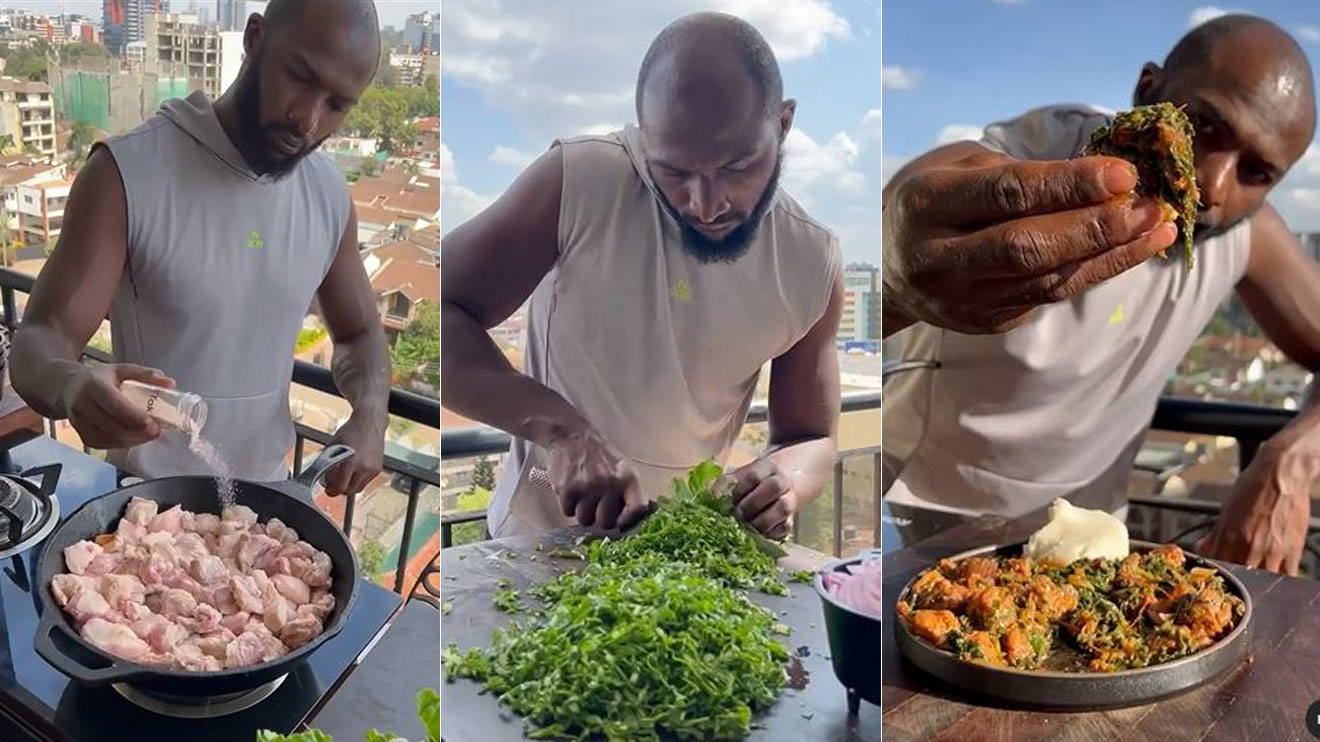 Dennis Ombachi aka the Roaming Chf has revealed how he developed and perfected his passion for cooking.

In an interview with a local online website, the Kenya sevens rugby player said his love for cooking started way back when he was still young.

He recounted how back then he would stay around his mother and watching her cooking.

“I love being next to my mom. I watched her cook for us and that’s how my cooking passion developed,” Ombachi told Nairobi News.

Ombachi, who has represented Kenya in a number of international rugby competitions, including the 2016 Olympic Games in Rio de Janeiro and the 2013 Rugby Sevens World Cup in Russia, claimed that he first learned to bake a cake when he was a small child.

“By just watching how my mom did her cooking, I learnt some skills which I knew would help me in the future,” he said.

The Roaming Chef also revealed that his appetite for food also played a big role in him perfecting his cooking skills.

“I am a big eating and cooking fan. Because of this, I had to train myself on how to do different recipes,” he said.