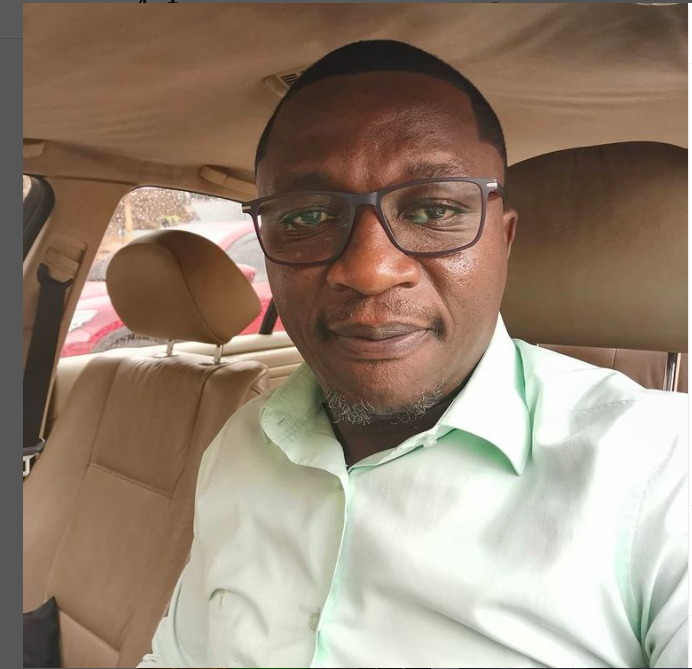 In a social media post, Ronnie – who was a running mate for Peter Kenneth in 2013 recalled how his 2018 was a busy year.

“The night before I went to bed, struggling with my body, but in my mind I was fatigued following a crazy schedule of 2018,” Ronnie shared.

On that day, he planned to take his son to school then take a flight to Taita Taveta to attend a Youth function.

However, this did not come to pass as Ronnie’s health condition deteriorated.

He shared the events of the fateful day that left him admitted in hospital, and later on changed his life for good.

“The night before I went to bed, struggling with my body, but in my mind, I was fatigued following a crazy schedule of 2018 and after a few minutes at the triage, having walked in unassisted, all hell broke loose. Suddenly I was on an ER bed, doctors and nurses frantic around me, now naked and all sorts of pipes being plugged into literally every opening in my body. ”

“My system was shutting down my kidney, liver, lungs and brain were all at different stages of shutdown. I apparently had complicated malaria manifesting through impairment of consciousness, severe anemia, haemoglobin in the urine, acute respiratory distress, low blood pressure and God knows what else.”

“The level of malaria parasites in my blood were at 20% (malaria kills at 3.5% infection). I needed to be treated in ICU and aggressively. I was waaaaaaaay past the limit for demise. Long story short..Aga Khan didn’t have space in ICU which meant they needed to find an alternative.”

“It took 6hrs to find space in an ICU within Nairobi and I ended up at Nairobi Hospital. The ambulance ride was the most depressing moment. It is the moment it hit me that I may not make it. Strangely though I was very much at peace with myself and my God.”
“I am told it’s called the ‘Symptom of Imminent Death’. More pandemonium at Nairobi Hospital and finally get to ICU 13hrs after I first got to the ER in Aga Khan. I don’t remember much of that evening but when I woke up in the middle of the night I actually thought
I had arrived at final destination in Heaven (Nairobi Hospital has really stepped up the game at their ICU… that’s how cool it looked when I woke up). Dr. Eric Munene comes in the morning with good news that I have had a dramatic response to treatment and infection down to 17%.
It took another 5 days for levels to drop below 5% and another 10 days to be released from hospital. During the period I became ‘Yule jamaa wa malaria’. Few, and certainly none at Nairobi Hospital, have survived that level of infection.
“I am totally grateful to those who did all they could to keep this man on God’s mission. The medical team at both Aga Khan and Nairobi, the ambulance team from E Plus, the AAR team and most importantly my family and friends..
More importantly I thank God for giving me a second shot. This was His unfunny way to tell me to slow down, appreciate my loved ones, love myself and focus on THE MISSION…… and a reminder to take my anti malarials before traveling #GodWinsAgain #Onward“
READ ALSO  Kenya rejects Ukraine's request to address MPs
Related Topics:NewsRonnie Osumba
Up Next