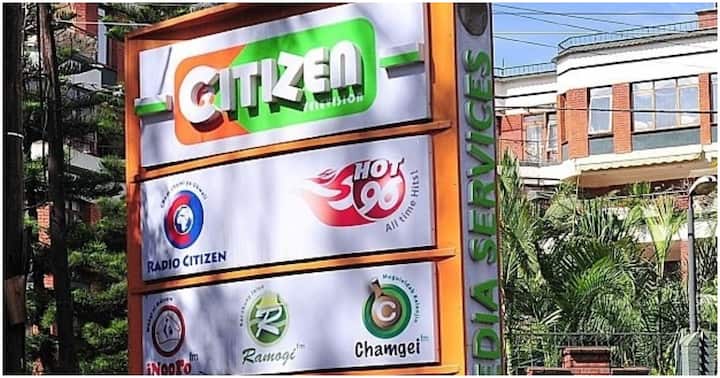 A staff with the Royal Media Services which owns among other stations Citizen TV, Inooro Tv among others has succumbed to an illness suspected to be caused by food provided to the staff by the company. 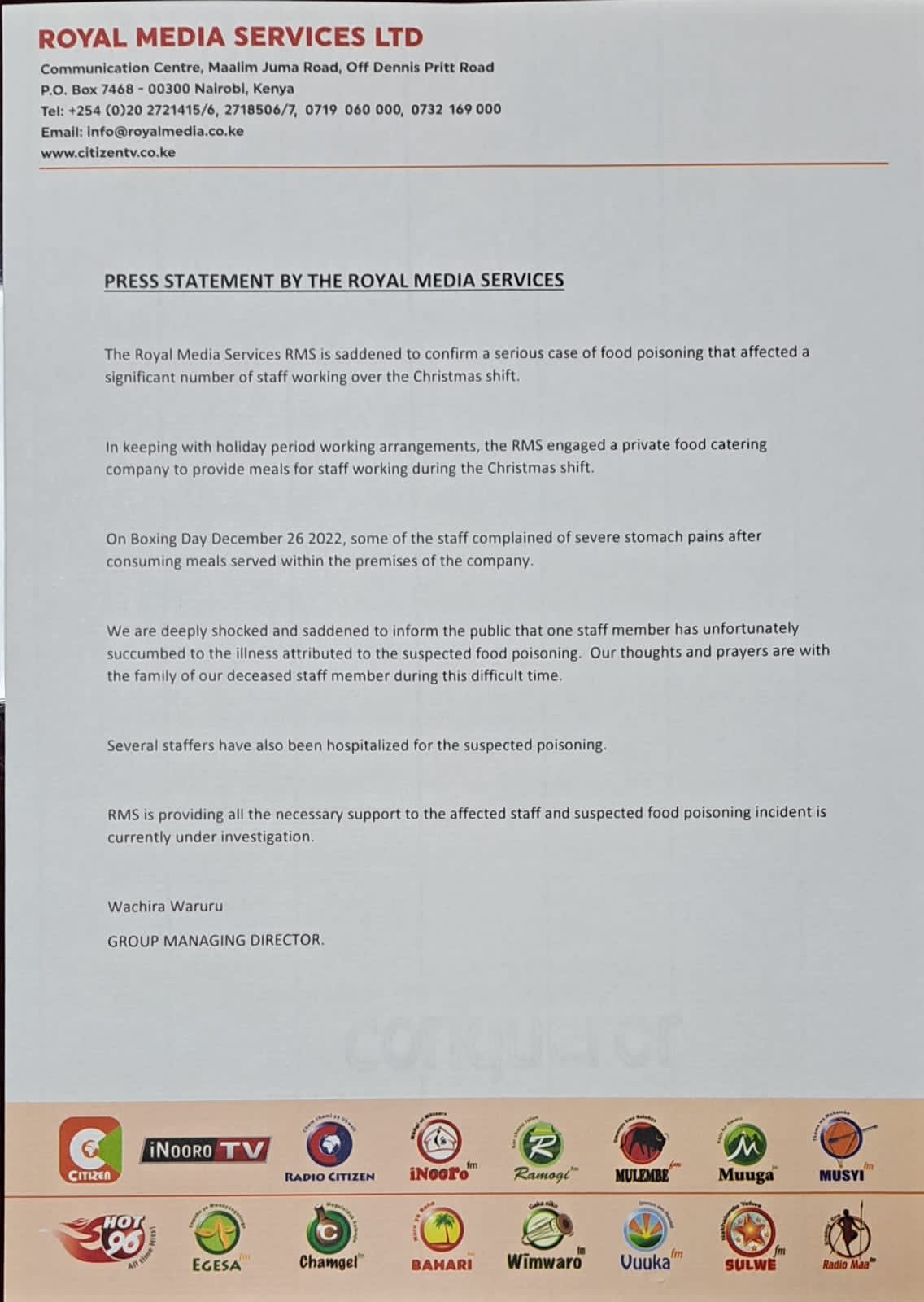 A number of other staff are also nursing symptoms after eating the contaminated food.

READ ALSO  Sh431m love fraud: Kenyan woman could face up to 30 years in US jail
Related Topics:NewsRoyal Media Services
Up Next

Joe Mucheru: I am enjoying life outside government