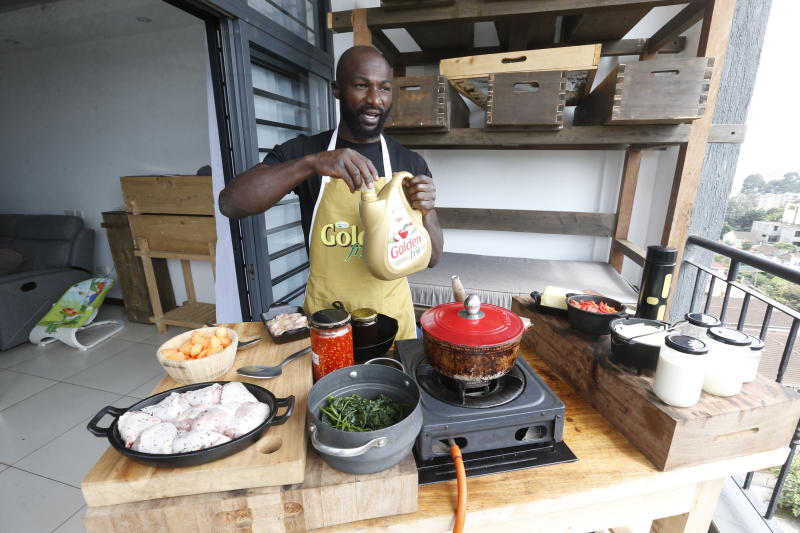 Rugby player Dennis Ombachi has made a name for himself while representing the Kenya Sevens team in many international championships including Rugby World Cup, Olympic Games and the annual World Sevens Series tour.

Away from the field, nobody knew that life was tough for Ombachi who recently went public about his mental health.

“I am Dennis Ombachi, kind of an International rugby player and a guy who’s passionate about cooking, what many people don’t know is that I was diagnosed with bipolar disorder,” Ombachi tweeted in June.

“Mental health is affecting so many people but no one is willing to come forward because it is considered a taboo in our culture, let me be the one “if we were to talk about this more often people will no longer suffer in silence, I don’t need pity I just want us to be open and seek professional help when we need it,” he wrote

It is through these battles that Ombachi discovered a love for other things apart from rugby.

Currently, Ombachi is a man of many hats; a professional rugby player, self-taught chef, food blogger, untrained carpenter and a family man.

Speaking during an interview with World Rugby yesterday, Ombachi revealed that he was always depressed after sustaining injuries and at one time attempted suicide.

“My childhood made me humble and resilient. Born to a tea farmer, I savoured my childhood in the hills of Nyamira.

“While in high school, I was learning in an environment full of bullies at Kisii High where it made life hard. I snapped one time and ran away from school to live in the streets of Nairobi for days before joining another school.

“I met Humphrey Kayange and Mike Friday at Railways Club where my rugby journey started. The two gentlemen are my rugby fathers and I am grateful to them. Rugby felt safe for me playing for Mwamba then and the national team.

However, things started to go wrong when he broke his leg.

“Physically I was fit but mentally I was not alive. I felt worthless. We were just about to leave for the tour before the 2018 World Cup when everything broke down for me. I did not travel with the team and suffered a lot back home when I cut my self with a knife before my sisters and a friend helped me,” he said.

Ombachi was taken to a mental hospital where he diagnosed with bipolar.