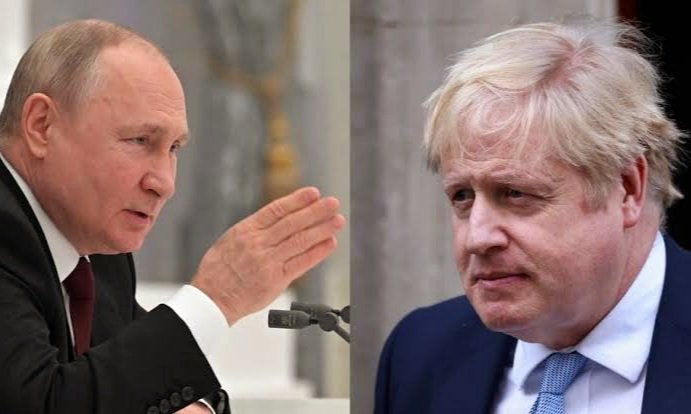 Russia has imposed a travel restriction on Boris Johnson, the Prime Minister of the United Kingdom, and several top ministers over the conflict in Ukraine.

Russia, which barred US President Joe Biden in March, condemned Britain of enmity after Russia’s invasion of its neighbor.

The decision was reached in response to UK penalties, according to a statement released by the Foreign Ministry over the weekend.

“London’s unbridled information and political campaign…creating conditions for containing our country and strangling the domestic economy.” the report stated.

Russia claims that the British government is exacerbating the situation in Ukraine by supplying lethal weaponry to Kiev and organizing similar actions with NATO.

Additional sanctions against Russia have been declared by the United Kingdom and the United States, including financial penalties aimed at the economy, President Vladimir Putin, top officials, and others.

READ ALSO  DP Ruto: I will not allow my deputy to be humiliated the way I have been humiliated
Related Topics:Boris JohnsonNewsRussiaRussia-Ukraine conflictUnited Kingdom
Up Next