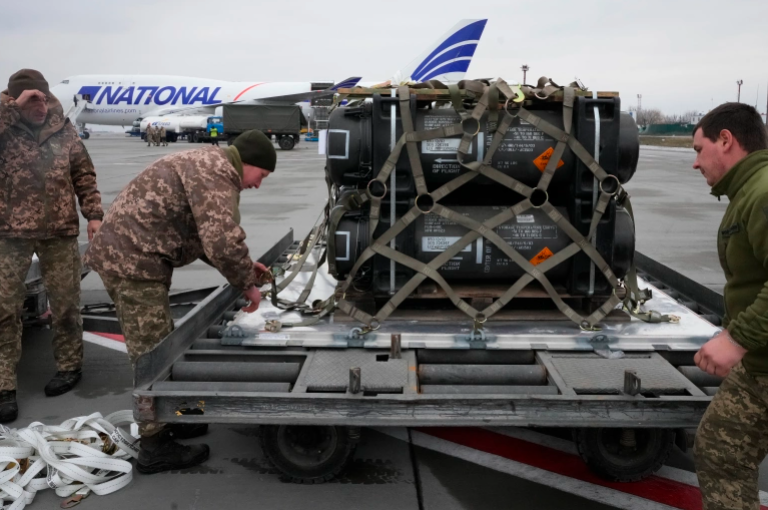 According to two US officials and another source familiar with the document, Russia publicly protested the US’ continuous shipping of weaponry to Ukraine this week, writing a diplomatic note to the State Department cautioning of “unpredictable consequences” if the backing continues.

The note, defined as a demarche, was issued earlier this week, just as the US was set to unveil a new $800 million military aid package to Ukraine. The document was initially reported on by the Washington Post.

For the first time, the US has approved to equip Kyiv with high-power capacities that some Biden administration officials saw as too high an intensification risk only a few weeks ago, comprising 11 Mi-17 helicopters, 18 155 mm Howitzer artillery, and 300 additional Switchblade drones.

It was anticipated that Moscow would dispute the supplies, according to a source familiar with the Russian diplomatic statement, but it was unclear whether this meant Russia would adjust its conduct in any manner. However, as the war continues on, this source recognized that the memo could indicate a more aggressive Russian stance toward the US and NATO.

Another US official, when contacted for response, said: “We won’t confirm any private diplomatic correspondence. What we can confirm is that, along with Allies and partners, we are providing Ukraine with billions of dollars’ worth of security assistance, which our Ukrainian partners are using to extraordinary effect to defend their country against Russia’s unprovoked aggression and horrific acts of violence.”

President Volodymyr Zelensky of Ukraine has been asking the West  for heavier armaments to successfully combat the Russian invasion of Ukraine on February 24. Russia was driven back in northern Ukraine, and its soldiers were unable to take Kyiv, the capital.

However, Ukrainian and Western authorities have predicted that Russia will begin a significant offensive in eastern Ukraine, which is a unique terrain and needs specialized equipment.

Despite Russia’s objections, the US is not decelerating its military assistance to Ukraine. This week, Pentagon officials convened with defense contractors to explore how to ramp up manufacturing of the equipment and weaponry that Ukraine will have to keep fighting.

How Can You Transition From A Student To Working In Corporate US?