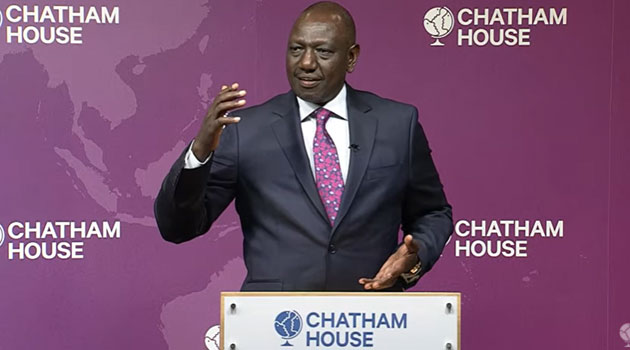 Deputy President William Ruto has stated that he will accept the outcome of the presidential election on August 9th, whether he wins or not.

Speaking on elections at Chatham House, the Royal Institute of International Affairs in the United Kingdom on Monday, the DP sought a dedication to a peaceful transfer of power.

“I can say with a lot of confidence that the last two elections did not have tribal anglings. We largely ran two formations [in 2017], one in NASA and the other in Jubilee that largely represented the face of Kenya on both sides.

The only challenge that came is when our competitors refused to accept the outcome of the elections, organized demonstrations, swore themselves in, did all manners of things and drove the country into violence,” the DP said.

“The undertaking I give as a candidate and I have done it publicly is that William Ruto will accept the outcome of the elections whichever way it goes and I want the other candidates to make the same commitment because they have not and stop being dodgy on this,” he said.

The DP, who expressed confidence that he would win the presidency on August 9, expressed fears that his opponents have publicly stated that if he wins, President Kenyatta, whom has endorsed his political rival Raila Odinga for the presidency, will not hand over power to him.