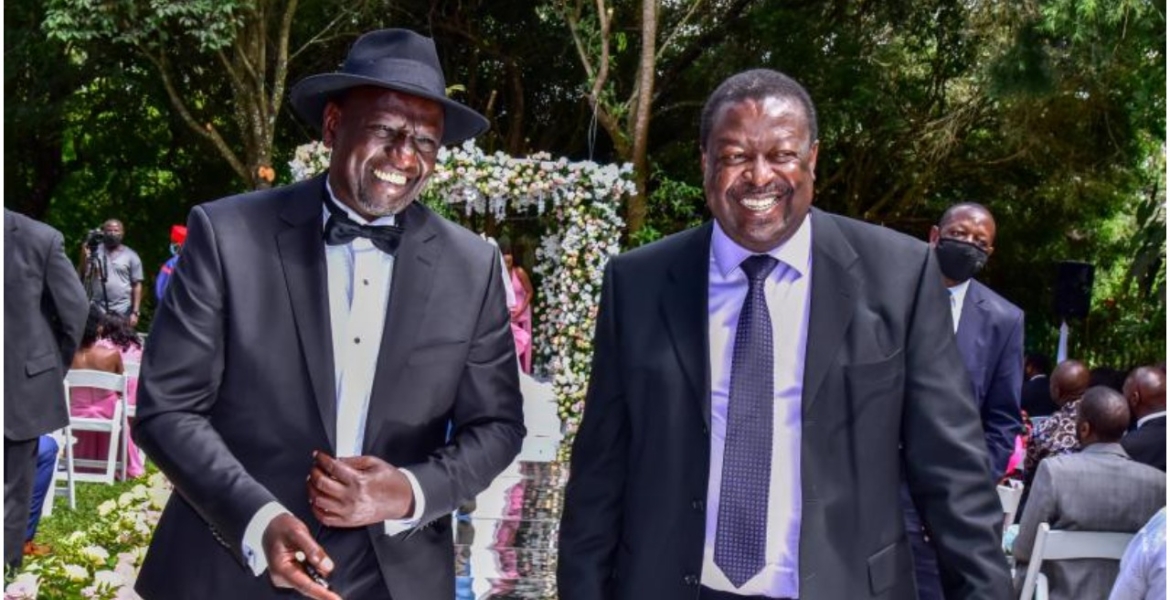 Kenya’s Deputy president William Ruto is in the company of prominent Kenya Kwanza leaders in his tour of the United Kingdom and the United States, it has emerged.

Ruto left the country on Sunday and has a packed itinerary for the 12 days.

ANC leader Musalia Mudavadi also left the country on Sunday, according to his aampaign secretariat, which revealed that he will be away for  for 10 days.

“Mudavadi jetted out of the country this morning on a high-profile overseas trip that will see him spend 10 days in the United States of America and the United Kingdom. Ruto is also on the trip,” a statement by the secretariat reads in part.

It further stated that the ANC leader is responding to invitations by top State officials, key multi-sectoral policymakers and respectable democratic institutions both in Washington DC and London.

Ruto and his team will be visiting the USA from Sunday 27, February to Saturday 5, March 2022 and then proceed to the United Kingdom from Saturday 5, to Tuesday 8, March.

The delegation will then head to Qatar from Tuesday 8, to Friday 11 March.

Accompanying the DP are:

According to a statement by the DP’s head of International relations Ababu Namwamba, the tour seeks to ‘further strengthen ties with the country’s traditional friends and partners.

In his tour, the DP is set to meet and speak to Kenyans living in the diaspora; the USA as well as in the UK.

“He is to meet among others, state department officials, the pentagon and US government national security council advisor Condoleezza Rice,” Ababu said in a statement.

Mudavadi will address Kenyans in the diaspora and elucidate his economic blueprint, “Uchumi Bora, Pesa Mfukoni”, and explain how it will resuscitate Kenya’s economy

On Sunday, the head of Ruto’s Presidential Campaign secretariat and Turkana Governor Josephat Nanok said he had left the country together with Ruto.

“Accompanying DP William Ruto on an official whistle tour of the West, with a post 09 August 2022 message of hope and a better future for Kenyans and our nation. Lord, continue guiding and protecting us,” he said.

Nairobi Senator Johnstone Sakaja is said to have left the country a few days ago to lay the groundwork for the Kenya Kwanza delegation ahead of their tour.

Kwale Governor Salim Mvurya is also part of the delegation.

Related Topics:MudavadiNewsRutoRuto leaves for US
Up Next