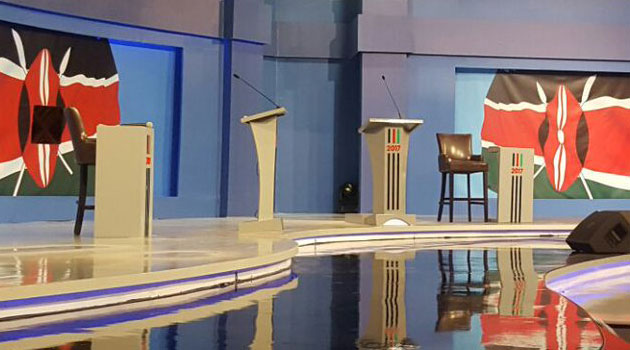 Hussein Mohammed, the Director of Communications for Deputy President William Ruto’s campaign, has indicated that the DP may boycott the televised presidential debate unless major media outlets alter their election coverage.

Mohammed cited Citizen TV, Inooro TV, Inooro FM, and The Daily Nation as some of the most infamous media outlets in biased reporting on Ruto in a statement dated Thursday, June 2.

He went on to say that by unequally allocating coverage and unfavorable framing of the UDA presidential candidate and his allies, the stations had violated the statutory restrictions of their licenses as well as constitutional freedoms.

“We wish to highlight the notorious instance of runaway abuse of public bandwidth by Royal Media Services a licensee which has converted its platforms, especially Citizen TV, Inooro TV and Inooro Radio to official campaign mouthpieces of the Azimio La Umoja. The Daily Nation complements these abuses by becoming their print counterpart.”

“Under the current partisan media environment, we have advised our candidate against participating in the presidential debate,” the statement read in part.

While the activities of the media outlets may be insignificant to the supporters, Kenya Kwanza expects them to uphold professional dignity, according to the former journalist.

The Media Council of Kenya, which defends the editorial independence of journalists and media firms, was drawn to the feud between Ruto’s loyalists and a portion of the media.

The presidential debates will begin in July 2022, according to media owners, the Editors Guild, and MCK, who announced it on March 2.