Business-friendly policies have been proposed by President William Ruto to encourage Foreign Direct Investments (FDI) from the United States (USA).

A priority area for his administration will be fostering a supportive and enabling business environment, according to President Ruto, who is in the US to attend the UN General Assembly.

According to President Ruto, the action will increase the nation’s wealth and employment.

“Kenya is open for increased business with the USA. A conducive and enabling business environment will be a focus area of my administration to spur domestic and foreign direct investments to create jobs and wealth,” Ruto tweeted.

The commitment of Kenya to the international community of nations had already been reaffirmed by the Head of State.

“We share a strong interest in the preservation of peace, prosperity and dignity for all people and the protection of our planet and its resources,” the President tweeted. 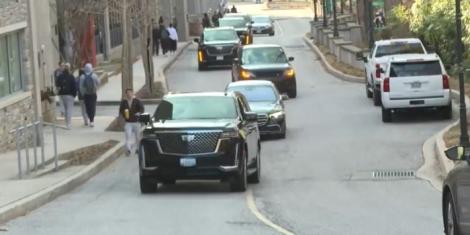 Additionally, he will undertake one-on-one meetings with a number of Heads of State and Government to discuss important topics including advancing Kenya’s foreign policy, increasing engagement in the effort to achieve the SDGs, and taking the lead globally on pressing challenges like climate change.

On Sunday, President Ruto left the nation to flew out to London, United Kingdom, to attend Queen Elizabeth’s burial before travelling to New York for the United Nations General Assembly (UNGA) meeting.

READ ALSO  Video : Why Uhuru Kenyatta is staying away from campaigns

The General Assembly’s discussions will also touch on the turmoil in Ukraine. The 77th UNGA, is set to run till September 27.