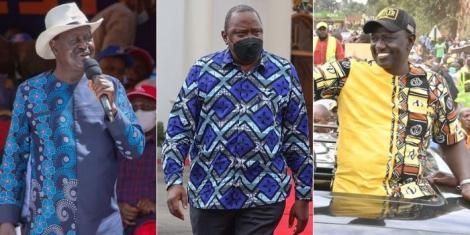 Ruto said he acknowledges Kenyatta’s decision to support his major rival in the 2022 presidential election, but he challenges Odinga to stop hiding behind Kenyatta.

The deputy president also expressed confidence to defeat Odinga, who is running for the presidency for the sixth time under the ‘Azimio La Umoja’ movement.

“And everyone should come up with their plan and agenda and let the people of Kenya decide who they want as their leader. Surely, do you think Odinga will defeat me? I am sure that early in the morning on the 9th of August, we will put him on a wheelbarrow and send him to his village in Bondo,” stated Ruto.

During a meeting at Sagana State Lodge on Wednesday, Kenyatta expressed his support for Odinga and encouraged the Mt. Kenya region to unify behind the ODM leader.