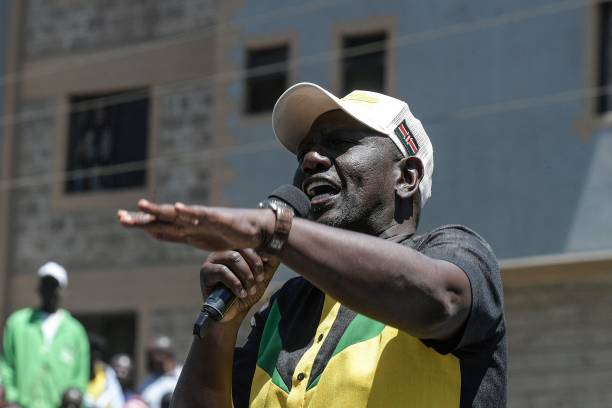 Kenya’s Deputy President William Ruto has urged his boss, President Uhuru Kenyatta “to respect the church because it is a holy place.”

The DP made the appeal while attending rallies in Laikipia and Nyeri Counties on Saturday, February 26.

He went on to say that he had immersed himself in spirituality and that it was the reason he was able to achieve where he is now, and that he relied on God’s Word to keep him going.

He also claimed that he was the driving force behind President Uhuru Kenyatta’s 2013 victory and re-election in 2017.

“Even if they abuse us that we are dodgy. We are the people who made Uhuru the President of Kenya. You should respect us,” he added.

The Head of State blasted religious leaders who accepted payments from politicians, which he referred to as “dirty money,” during his remarks at the Sagana 3 conference on Wednesday, February 23.

Uhuru stated that receiving the cash earns the church leaders a special spot in hell.

“Some of church leaders have been compromised by huge donations donated by corrupt leaders, I want to say that you should know that it is wrong to lie through the bible and you are heading to Jahannam,” he said in an obvious reference to his deputy.

“The money you are receiving is the same money that was to build dams in Elgeyo Marakwet so that God’s children can get water,” he stated.

He also endorsed former Prime Minister Raila Odinga for the presidency during the ceremony.