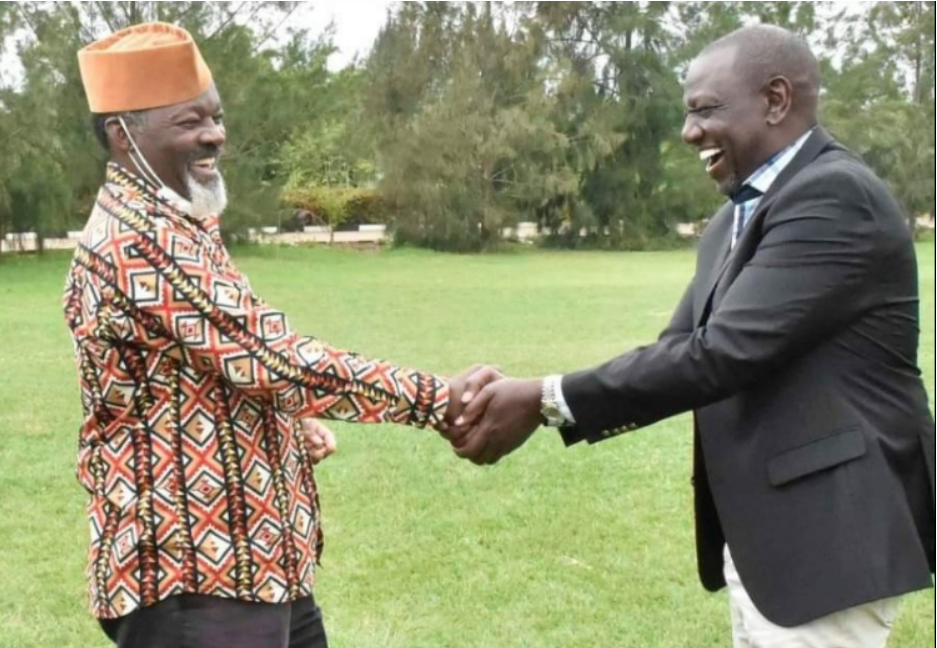 Former president Uhuru Kenyatta’s cousin Kung’u Muigai is one of the beneficiaries in the latest state appointments by the Ruto administration.

Muigai is among individuals appointed to various State corporations by President Ruto and Cabinet Secretaries.

Through a gazette notice dated January 20th, Youth, Sports and Arts CS Ababu Namwamba named Muigai the Chairperson of the Board of the Kenya Cultural Centre Council for a period of two years.

Miugai, who was one of the most vocal opponents of President Kenyatta’s crusade against William Ruto in Central Kenya, also serves as the patron of the Kikuyu Council of Elders,

The president also named Irene Muthoni as the non-Executive Chairperson of the Board of Financial Inclusion Fund (Hustler Fund) for a period of three years and Hannah Waitherero Muriithi as the Chairperson of the Kenya Deposit Insurance Corporation (KDIC) for a similar period.

Elsewhere, Lawrence Chelimo, Paul Ndore and Hardlyne Lusui have been appointed as members of the Financial Inclusion Fund by Co-operatives CS Simon Chelgui.

The appointments, which were made by various Cabinet Secretaries, have been met with mixed reactions from political analysts and members of the public.

Some have praised the appointments as a step towards promoting diversity and inclusivity in leadership positions, while others have criticized them as nepotistic and a sign of the government’s lack of commitment to merit-based appointments.