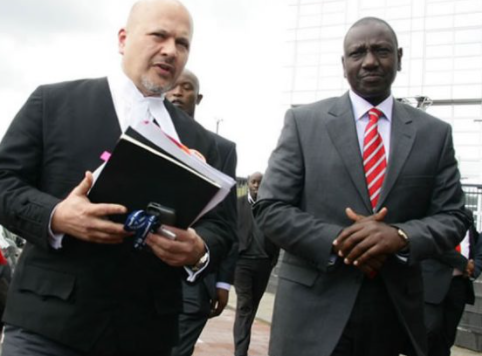 Karim Khan, a British lawyer who vehemently defended Kenyan politician William Ruto at the International Criminal (ICC) – where he faced charges of murder, deportation and persecution charges during violence that followed the 2007 elections in which about 1,200 people were killed, will take over from the current Chief Prosecutor of the court, Fatou Bensouda, later in the year..

Parties to the  Court on Friday elected Mr Karim Khan as the new prosecutor for a nine-year term starting June 16.

Khan, 50, who led a UN probe into atrocities by the Islamic State group, won on a second round of voting at the United Nations in New York with support from 72 nations, 10 more than the 62 needed.

The race to succeed outgoing Prosecutor Fatou Bensouda came down to two frontrunners – Khan and Irish lawyer Fergal Gaynor, who represented the PEV victims – in the collapsed cases against President Uhuru Kenyatta and Ruto.

In his 27-year law career Khan, who is also Queens Counsel, has worked for almost every international criminal tribunal in roles in prosecution, defence and as counsel for victims.

At the ICC Khan is best known for being a lead defence counsel who has worked on cases from Kenya, Sudan and Libya.

There was intense political jostling for the top ICC job at a time of heightened scrutiny of the prosecutor’s office.

In April 2016, the court threw out the case against Mr Ruto on grounds that there was insufficient evidence, but it refused to acquit him.

READ ALSO  Why we went the natural family planning way

Mr Ruto, who was later aquitted, and Mr Kenyatta were on opposite sides of the 2007 election, but formed an alliance that won the 2013 election.

Former U.S. President Donald Trump’s administration imposed sanctions last year on court staff including Bensouda over investigations by her office into possible war crimes committed in Afghanistan, including by American troops. The United States is not a member of the court.

Quit! How it got this low between Uhuru & Ruto